With the holiday season upon us, I decided to do some posts about books I’d recommend as gifts for fans of vintage men’s adventure magazines.

Bob Dorr is currently known as one of America’s top military aviation historians. He has written more than 70 history books over the past few decades. He’s also a regular contributor to various military and history publications.

MISSION TO TOKYO is the third in a recent trilogy of books he has written about World War II airplanes, their crews and key events of the war. 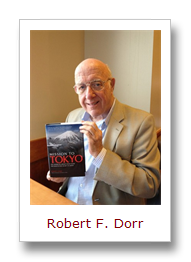 I greatly enjoyed the previous two books in this series — HELL HAWKS! and MISSION TO BERLIN.

But if I had to pick a favorite of the three it would be MISSION TO TOKYO.

It’s an epic account of the American B-29 “Superfortress” bombers and their crews during the war’s final phase.

In August 1945, it was the famous B-29 called the Enola Gay that dropped the first atomic bomb used in wartime on the city of Hiroshima, Japan. The second was dropped by another B-29 on Nagasaki.

Part of MISSION TO TOKYO covers those still controversial events.

But the focus is on the lesser-known firebombing of Japan by American B-29s earlier in 1945. Those missions, using incendiary bombs, actually caused more deaths than the firebombing of Dresden, Germany or the immediate deaths caused by the dropping of a-bombs on Hiroshima or Nagasaki.

As in all of Bob Dorr’s history books, MISSION TO TOKYO uses the personal accounts of the American crewmen and other people involved to make history come alive. (One of the many poignant hidden gems in this one is an account of Yoko Ono’s survival of the firebombing of Tokyo as a child.)

I’ve had the pleasure of talking with Bob several times in recent years and he has confirmed that the writing he did for men’s adventure magazines helped him hone the storytelling skills he later used as a historian. 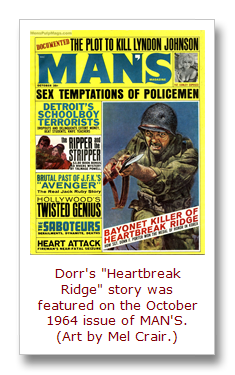 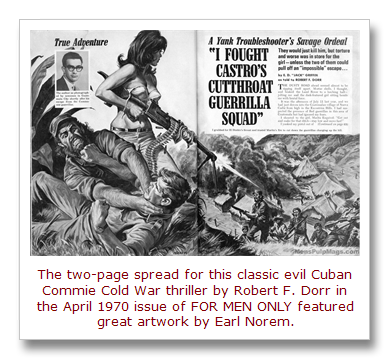 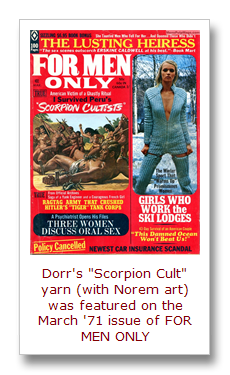 From the mid-1950s to the mid-1970s, Bob was one of the most prolific and best writers of stories for men’s pulp mags. He wrote virtually every type of story that was popular in the genre, from war stories and exotic adventure tales to Cold War spy yarns and “sexposés.” 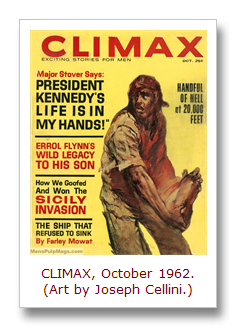 “As a young author I cut my teeth writing fast-moving, often tall tales for the men’s pulp adventure magazines and there are some clear connections to my later work. One of my first published articles was about an American bomber crew at war. It was a true story but it read like an adventure novel. That was the idea. But many readers of those stories were veterans, who’d been there. So, when I wrote about warfare for them I had to have the personalities and the details right and avoid puffery. What these men wouldn’t tolerate was to have themselves or the military brass glorified or to have war made glamorous, so I didn’t do those things.”

Recently, I emailed Bob copies of some of his men’s adventure stories that seem like clear precursors of his later work as a historian.

One is about a B-29 crew member who also appears in MISSION TO TOKYO — Medal of Honor winner Henry E. “Red” Erwin.

Titled “Handful of Hell at 20,000 Feet!”, it was the featured cover story in the October 1962 issue of CLIMAX. The great cover painting and illustrations inside are by artist Joseph Cellini (who I think is best known for the cover art and illustrations he did for a long list books for children and young adults.)

During the major firebombing mission over Japan on April 12, 1945, Erwin saved the lives of his fellow crew members on the bomber City of Los Angeles when a phosphorous bomb ignited prematurely while still inside the plane.

He literally picked up the white-hot, flaming bomb and eventually managed to shove it out a window, but was blinded and horribly burned in the process.

Bob was pleased to be reminded that he had written a story about Erwin long before he wrote MISSION TO TOKYO. 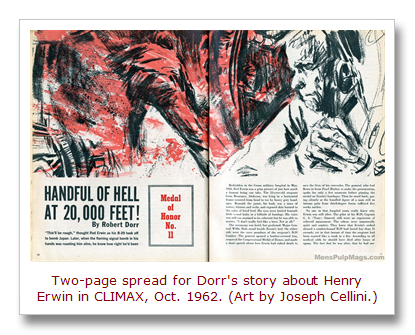 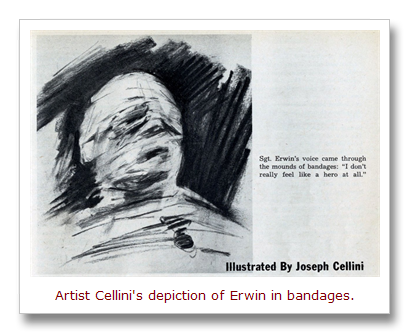 “Erwin was blinded by the phosphorus bomb and suffered grave burns all over his body when disposing of it. He deserved to be one of the very few American enlisted airmen to receive the Medal of Honor, our highest award for valor. I hadn’t met him and didn’t interview him when I wrote my somewhat imaginative account of his experience for CLIMAX in 1962. But I actually did get to know Erwin decades after that story was published and I provide a more factual account of his bravery in MISSION TO TOKYO.” 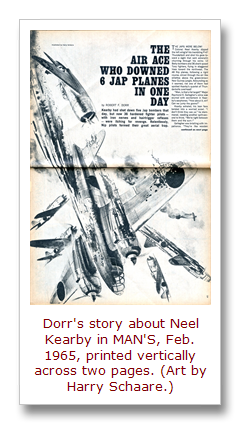 This one, “The Air Ace Who Downed Six Japs in One Day,” was published in the February 1965 issue of MAN’S MAGAZINE, with an awesome black-and-white illustration by artist Harry Schaare.

It’s about U.S. Army Air Corps Colonel Neel E. Kearby, who was also awarded the Medal of Honor for his bravery in World War II.

The Wikipedia entry about Kearby notes that he was awarded the medal for downing the six Japanese fighters mentioned in Bob’s story, during an air battle near Wewak, New Guinea.

I asked Bob what percentage of the stories he wrote for men’s adventure magazines were largely straightforward history.

My use of the phrase “largely straightforward history” in association with vintage men’s pulp mags gave him a chuckle.

“My guess would be almost zero ‘straightforward’ history. I’d say about 40 percent were based on real people and events, but with heavy embellishment. Probably 60 percent of the stories I wrote were manufactured from whole cloth.”

Next time I talk to Bob, I’ll have to ask him which category his article “Sex in Japan,” in the August 1964 issue of MAN’S MAGAZINE, falls into.

I noticed that it was written as a first person account. And, Bob was stationed in Japan during part of his career in the foreign service. Hmmm…

You won’t find any juicy revelations about sex in MISSION TO TOKYO.

But you will find gripping anecdotes, fascinating historical facts and fresh perspectives on key events in World War II, written by one of our country’s top military historians — and the only one who was also once a top writer for men’s pulp adventure magazines. 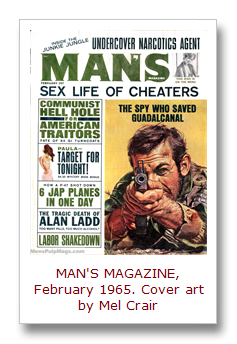 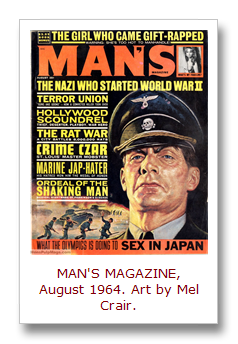