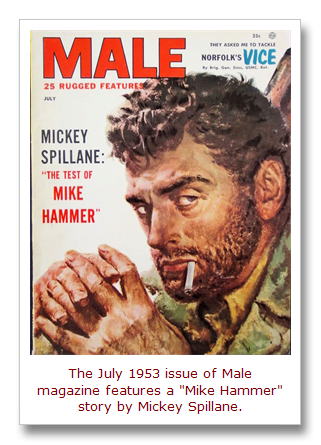 In addition to having great painted covers and interior artwork by some of the top illustrators of the era, the best men’s adventure magazines had articles and stories by many talented writers.

And, if you Google the names of other writers you see in men’s adventure magazines, you’ll find that many are widely-published pros. 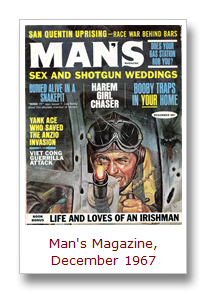 For example, as noted in my previous post, the WWII bomber story featured in the December 1967 issue of Man’s Magazine — “Yank Ace Who Saved the Anzio Invasion” — was written by Robert F. Dorr.

Dorr went on to become one of our country’s most respected and prolific military historians. His latest book (which I highly recommend) is Hell Hawks!

Another article in the December ‘67 issue of Man’s Magazine, titled “How Dick Biondo Stopped a Viet Cong Guerilla Attack,” was written by Glenn Infield.

Infield was a bomber pilot during World War II, like the one in Dorr’s “Yank Ace” story.

After the war, he worked as a pilot and various other jobs before eventually becoming a professional writer who focused primarily on war-related history topics.

When Infield died at age 60 in 1981, he had written over 300 magazine articles and nine books. One of his best known works is Eva and Adolf

(1974), a book about that strange couple, Eva Braun and Adolf Hitler.

An interesting environmental expose in the December ‘67 issue of Man’s Magazine, titled “Booby Traps in Your Home,” was written by Leonard F. Guttridge 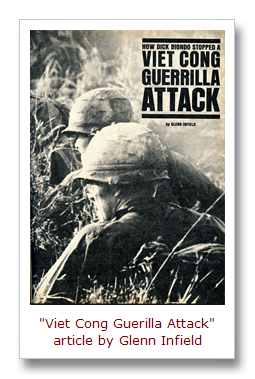 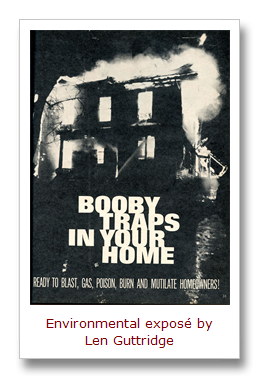 In addition to writing many stories for men’s adventure, science fiction and mainstream magazines, Len Guttridge wrote a number of critically acclaimed history books, including: Ghosts of Cape Sabine: The Harrowing True Story of the Greely Expedition; Icebound: The Jeannette Expedition’s Quest for the North Pole, and Mutiny: A History of Naval Insurrection.

The December ‘67 issue of Man’s Magazine also features a classic “bad girl” pulp fiction story titled “The Sullied Virgin.” it’s actually an excerpt from the classic pulp paperback Tomcat, and “Peter Kanto” is actually one of the many pen names of writer Hugh Zachary

Zachary has been an amazingly prolific author. He’s written over 100 books and thousands of stories in almost every genre, from Westerns and romance to mystery, horror and science fiction. His most recent book is Munday, a murder mystery set in North Carolina. 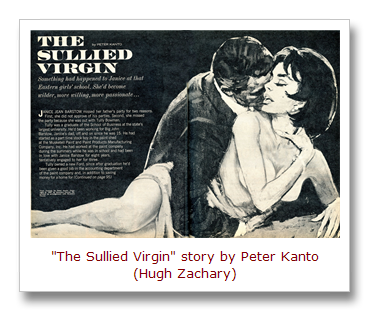 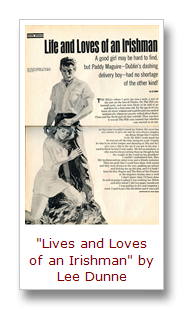 The “Book Bonus” in the December ‘67 issue of Man’s Magazine — “Life and Loves of an Irishman” — is an excerpt from the infamous novel Goodbye the the Hill, by the best-selling Irish novelist Lee Dunne (b. 1934).

That novel, published in 1965, was the first of several books by Dunne that were banned in Ireland, giving him lasting notoriety. Since then, he has written 18 novels, 10 stage plays and dozens of scripts for Irish and British radio and TV shows. Several of his novels, including Goodbye to the Hill, were made into movies.

Another noteworthy writer who contributed an article to the December ‘67 issue of Man’s Magazine was Tedd Thomey (1920-2008). His piece, a profile of actor Charles Bickford, is one of many articles and books Thomey wrote about famous celebrities. The best known example is probably his book, The Big Love

(1986), about Errol Flynn’s love affair with 15-year-old Beverly Aadland. It was later turned into a Broadway play starring Tracey Ullman.

In the Fifties and Sixties, Thomey also wrote many now-collectible pulp fiction paperbacks, such as The Sadist, Killer in White and Jet Ace. 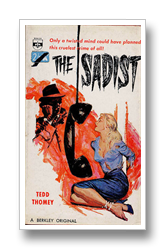 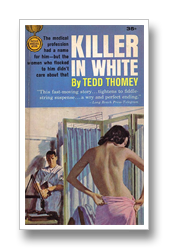 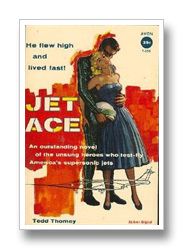 Thomey was a Marine in World War II and was wounded in the Battle of Iwo Jima. His highly praised book about that battle and its iconic photo was published in 2008. It’s titled Immortal Images: A Personal History of Two Photographers and the Flag-raising on Iwo Jima.

Of course, not all men’s adventure magazines featured stories and articles by notable authors like those in December 1967 issue of Man’s Magazine.

But there’s a lot more to men’s adventure magazines than the Nazi bondage and torture art and cheesecake photos that seem to get the most attention from both collectors and critics of the genre.