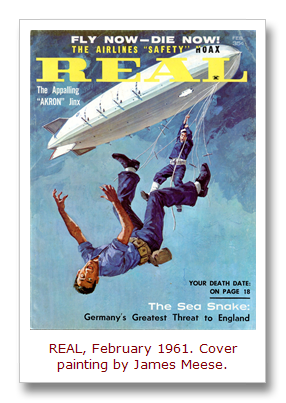 Fifty years ago, if you went browsing through the magazines at your local newsstand, you would have seen a wide variety of magazines that were primarily targeted to men.

At a well-stocked newsstand you might also have seen 25 or more different men’s adventure magazines, all competing for eyeballs with dramatic, colorful cover paintings and enticing headlines.

If I’d have been browsing that newsstand in February 1961, one of the men’s adventure covers that would have grabbed my attention is the cover of that month’s Real magazine.

It shows a crew member of a dirigible falling headfirst through the sky to certain death, while another crewman desperately hangs on to a tether rope.

The artist who painted that horrific (but really cool) scene was James Meese.

There’s very little information online about Meese. No bios that I could find. But I do know that he is best known for his pulp paperback covers.

In fact, in the 1950s and 1960s, he painted dozens of great book covers, many of which have been posted on Flickr and other sites.

Below are two nice examples. One is the 1953 Signet edition of Mickey Spillane’s Mike Hammer thriller Kiss Me Deadly. The other is the 1956 Pocket Book edition of Agatha Christies The Mystery of the Blue Train, along with a photo of Meese’s original painting, which was sold for nearly $4,500 last year on the Heritage Auction Galleries site. 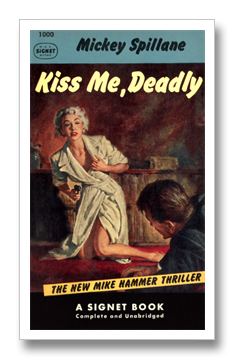 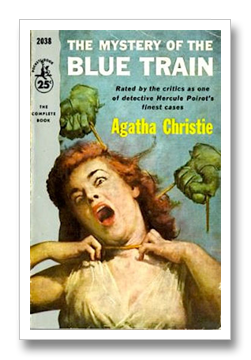 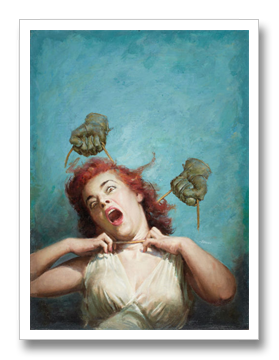 James Meese didn’t do a large number of men’s adventure magazine illustrations. But those he did are superb. And, I think his cover for the February 1961 issue of Real magazine is one of his best.

There are some other great examples of vintage illustration art inside the February 1961 issue of Real.

One is a mind-blowing duotone by artist Dom Lupo, for the story “WHEN THE DEVIL WALKED LIKE A MAN.” (Check out the spooky skull and crossbones reflection in the eyes.) 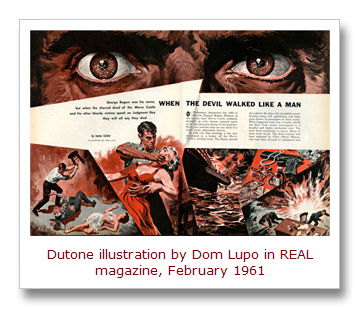 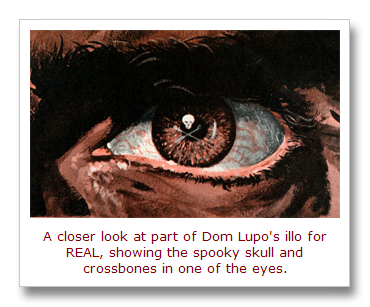 Looking at that illustration makes me wish Lupo had done a lot more artwork for men’s adventure magazines.

Alas, he didn’t. Starting in 1963 and throughout the rest of his career, Lupo worked almost exclusively as a “golf artist,” doing illustrations for Golf Magazine, Golf Digest and golf-related books. Amazingly enough, there are a number of other artists out there who specialize in golf art.

You can read a good bio of Dom Lupo, which he wrote himself, on the Today’s Inspiration site — an excellent blog about illustrators and illustration art maintained by Canadian artist Leif Peng. 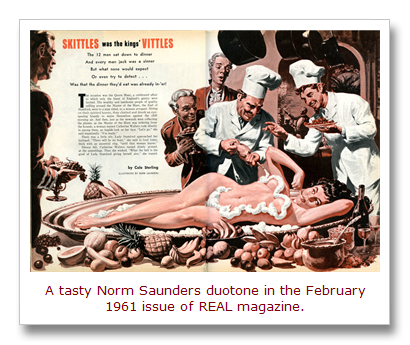 Another excellent duotone illustration in the February 1961 issue of Real was done by an artist who created hundreds of cover paintings and interior illos for men’s adventure magazines — the great Norm Saunders.

Although that illo may not be “tasteful,” it’s definitely tasty.

It shows an alluring, nude babe stretched out on a giant food platter surrounded by fruit, getting a few strategically placed bands of whipped cream applied on her naughty bits by a happy chef.

The illustration is for a bawdy story titled “SKITTLES was the king’s VITTLES.”

That classic Saunders illo and the much less common examples of men’s pulp mag art by Meese and Lupo make this one of my favorite issues of Real magazine.

Real was published bimonthly from 1958 to 1967 by a series of publishers, starting with Literary Enterprises during the first two years of its run. In 1961, the publisher was Excellent Publications, Inc.

Of course, there were plenty of other men’s adventure magazines to buy at the newsstand in February of 1961. The genre was in the middle of its heyday.

Below are covers scans of the February 1961 issues of some of those magazines. Which ones would have grabbed your attention if you were browsing at your local newsstand fifty years ago? 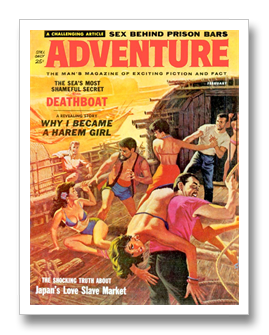 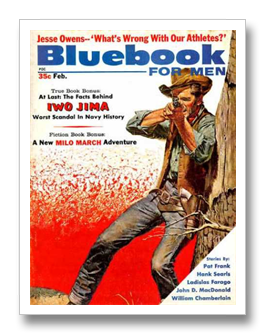 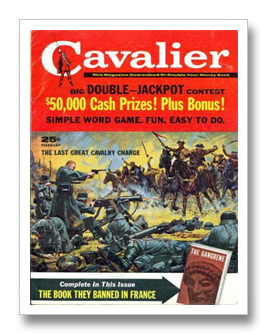 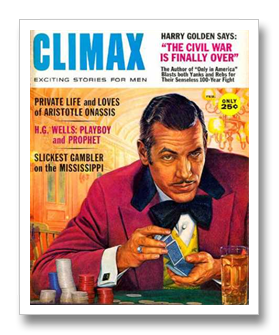 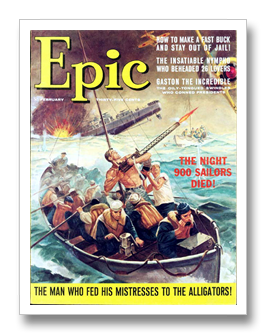 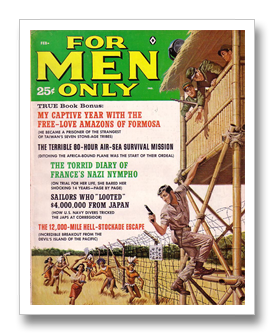 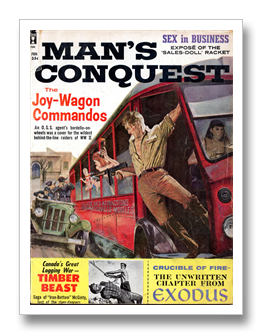 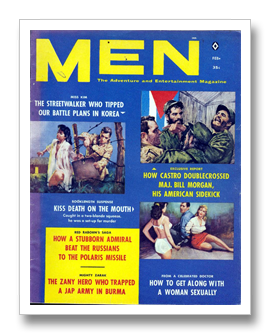 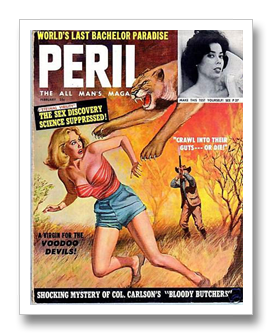 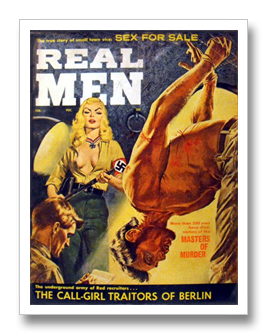 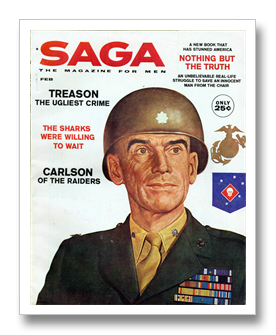 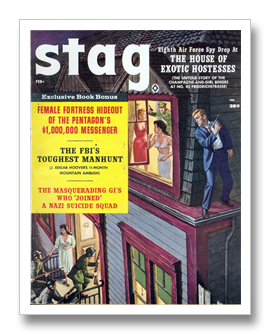 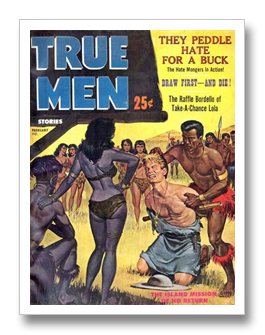 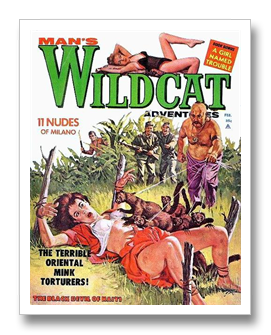