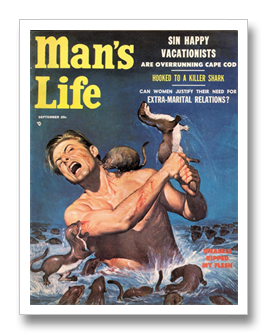 As I mentioned in a previous post, finding out Frank Zappa got the name for his 1970 Weasels Ripped My Flesh album from a headline on a vintage men’s adventure magazine is what first sparked my interest in the genre.

The headline was featured on the cover of the September 1956 issue of Man’s Life, one of the classic men’s pulp mags.

The wild killer weasel cover painting on that issue was done by artist Will Hulsey, who painted many covers and illustrations for Man’s Life in the 1950s and 1960s and was a master at gonzo killer creature covers.

Man’s Life magazine was one of the longest running men’s adventure mags. It was published from 1952 to 1974, first by Crestwood Publishing, then by Stanley Publications/Normandy Associates.

Below are some examples of covers from the Stanley Pubs line of men’s pulp mags…. 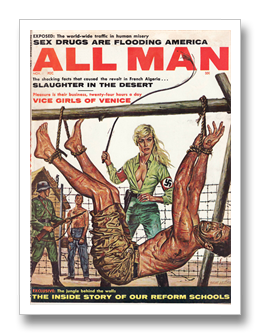 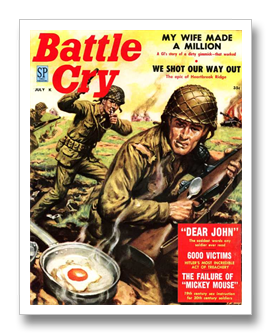 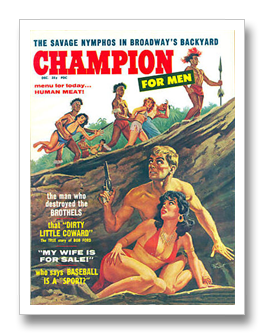 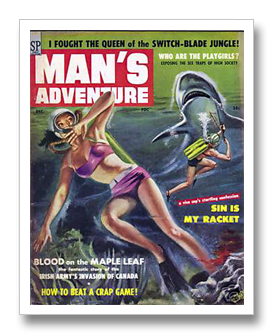 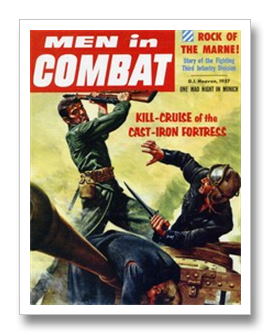 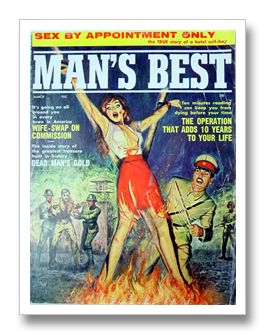 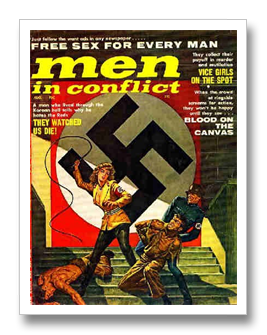 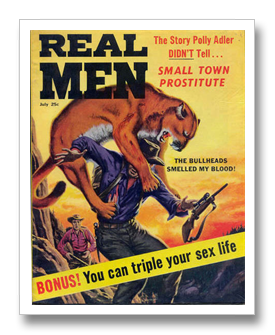 In case you didn’t notice, Stanley Pubs magazines were for MEN – real rugged men, men who liked war and adventure and manly stuff like that (plus a bit of bondage and torture and cheesecake, of course).

By the way, the September 1956 issue of Man’s Life really does have a story inside with the title “Weasels Ripped My Flesh,” which claims to be a true tale about flesh-ripping killer weasels.

Maybe even the weasels were more rugged back then.