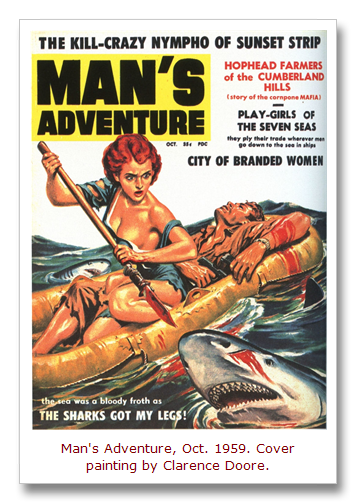 In addition to staples like stories about war, killer animals and sex-related topics, survival stories were a common subject in men’s adventure magazines of the 1950s, 1960s and early 1970s.

A popular subcategory involved stories about survival at sea –harrowing tales of shipwrecks and survival on lifeboats and rafts.

These stories tended to combine things that had special appeal to the readers of men’s pulp mags. Things like battles, danger, adventure, deadly situations – and, of course, barely clothed babes in distress.

This mix also made for some great covers.

Several of my favorite covers in the survival-at-sea niche were painted by Clarence Doore (1913-1988).

Doore was a versatile and prolific illustrator who provided cover art and illustrations for many men’s adventure magazines in the ‘50s and ‘60s, including All Man, Battle Cry, Champion For Men, Fury, Male, Man’s Adventure, Man’s Exploits, Rage For Men, Real Men and Rugged Men.

To find out more about Doore and other pulp artists, be sure to visit the Field Guide to Wild American Pulp Artists site. It’s written by David Saunders, Norman son. David is also an artist, with work in many fine galleries and museums. In 2008, he published the definitive book on his father’s legendary artwork.

And, now, sit back and marvel at some more shipwreck, life raft and lifeboat cover paintings from men’s pulp mags… 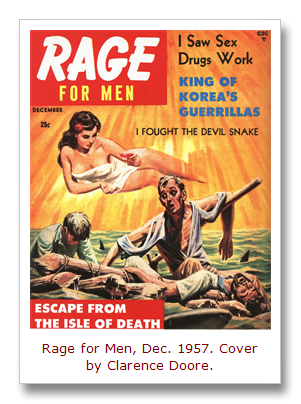 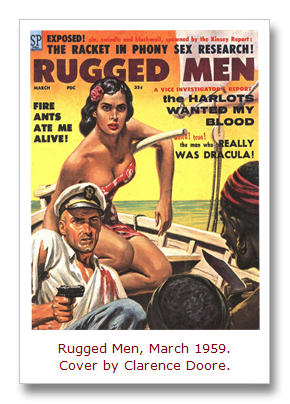 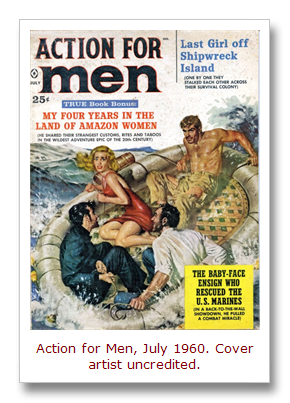 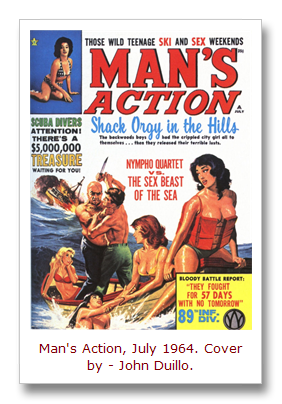 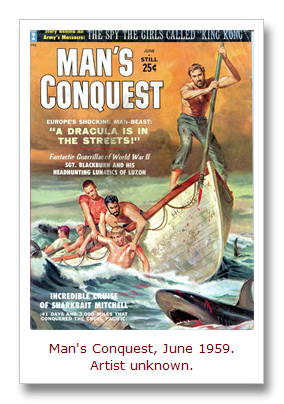 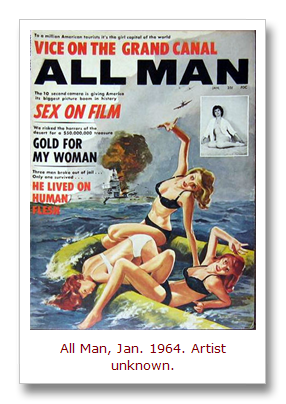 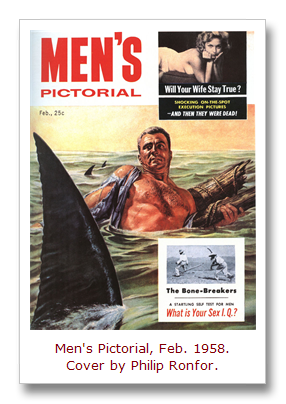 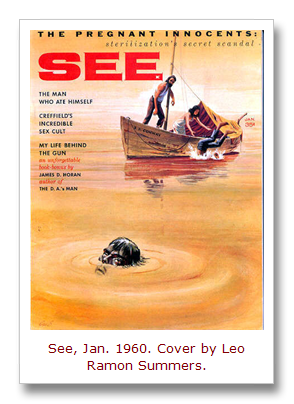