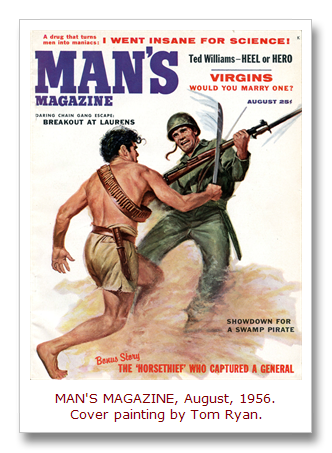 There are several noteworthy things about the August 1956 issue of Man’s Magazine (Vol. 4, No. 7, published by Almat Publishing Corp.)

One is the great action cover painting, showing an American GI battling a machete-wielding Filipino bandit. 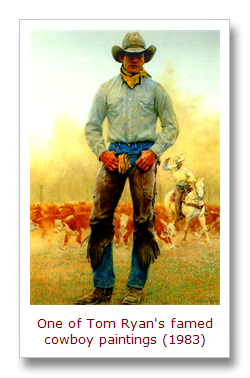 It was done by Tom Ryan, a talented illustrator who went on to become one of America’s most renowned painters of cowboy and Western art.

Another notable feature of this issue is a rare early article about LSD, brilliantly titled: “I WENT INSANE FOR SCIENCE.”

Of course, the drug LSD — lysergic acid diethylamide, also known as LSD-25 or just “acid” for short — was popularized during the psychedelic Sixties.

It became famous/infamous in those years as a popular recreational and “mind expanding” drug.

In the 1950s, however, not many people were aware of LSD. It was known primarily to certain pharmacology experts and psychiatrists, the Central Intelligence Agency and some human guinea pigs used in early LSD experiments.

The CIA started testing LSD during the Fifties in secret “mind control” experiments, code-named MK-ULTRA. One of the agency’s test subjects was future novelist and Merry Prankster Ken Kesey, who helped make LSD a cultural phenomenon in the following decade.

Psychiatrists at a number of mental hospitals were also doing experiments with LSD in the Fifties. They were intrigued by the fact that it caused hallucinations and other effects similar to schizophrenia. By giving LSD to “normal” people, they hoped to understand this mental disease better. They also tested drugs that counteracted the effects of LSD and thus held potential for the treatment of schizophrenics. 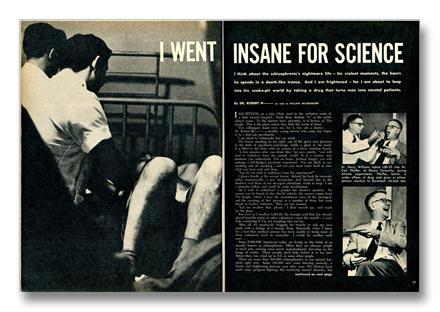 The CIA’s MK-ULTRA project wasn’t exposed publicly until the 1970s. But there were occasional articles in the popular press about the more well-intended psychiatric experiments with LSD during the 1950s.

The article in the August 1956 issue of Man’s Magazine is an interesting example. It’s about a doctor who took LSD in one of those experiments.

The doctor is called “Dr. Robert H—-” in the article, to protect his identity. It’s written as a first-hand account, in the old “as told to” style that was common in men’s adventure magazines, as well as in vintage confession, crime and detective mags.

However, the photos used for the story do not show Dr. H—-.

They show another doctor, Dr. Carl Pfeiffer of Emory University, a pioneer in “orthomolecular psychiatry.” Ironically, in the 1970s, it was revealed that Pfeiffer was also one of the scientists who conducted secret research with LSD for the CIA’s MK-ULTRA project.

According to the caption for the photos used in the Man’s Magazine article, LSD-25 gave Pfeiffer “a schizophrenic reaction to Rorschach ink-blot test.”

The second photo showing him laughing seems to indicate he enjoyed it. 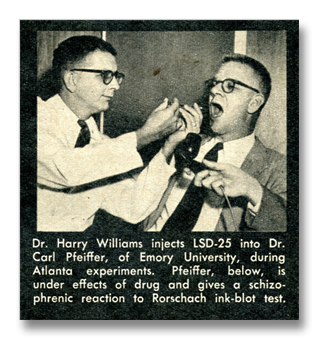 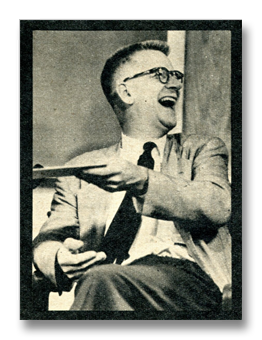 Dr. H—- , who told the story of his own experimental acid trip to writer William Michelfelder, didn’t find his LSD experience so amusing.

It’s sometimes hard to figure out if an “as told to” story in an old men’s pulp magazine is true, partly true or total fiction. But based on the level of detail in the story and on Michelfelder’s involvement, I think this one is at least based on fact. 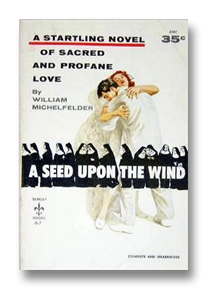 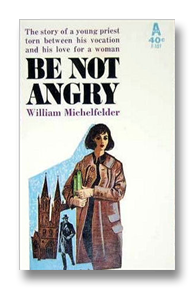 Michelfelder was a serious writer. He was a journalist for the New York World-Telegram and Sun in the 1950s. He also wrote books, including a 1960 expose about the medical profession and two novels: A Seed Upon the Wind (1954) and Be Not Angry (1960).

Instead of laughing like Dr. Pfeiffer, Dr. H—- ends up screaming during his LSD trip. That’s not too surprising given the conditions.

He’s dosed with the drug in a small, cubicle-like room in a mental ward, where he can “hear the monotonous cries of the deranged.” He is required to lay down on “a slab.” And, the researcher who gives him the LSD also gives him the dire advance warning that he “will undergo a full-fledged psychotic experience.” Not exactly the best circumstances for a good trip.

Dr. H—- does indeed have psychotic reactions over the next several hours, including some wild hallucinations involving sharks and a purple cat that looks like his fiancée, Trixie. All the while, his “senseless gabbling” and screams are carefully observed and taped.

Eventually the poor doc comes down. He didn’t have any spiritual revelations or fun during his trip. But he’s proud to have done his bit to expand the horizons of psychiatry. “It was a small favor to extend to thousands of Americans who live in a troubled darkness not of their own making,” he says. 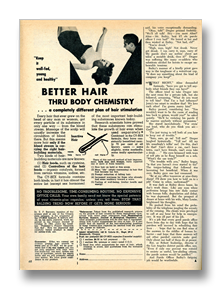 As noted in the latter part of the article, research like Dr. H—- was involved in actually did lead to a better understanding of schizophrenia. It also lead to the development of new drugs that were found to be effective in treating some schizophrenics — and, later, freaked-out Hippies on bum acid trips.

The article mentions the drug Frenquel, which worked fairly well but was eventually proven to be less effective than a similar drug — Thorazine.

While we’re on the subject of chemicals, I’ll mention one other thing in the August 1956 issue of Man’s Magazine that caught my attention.

It’s an advertisement for CY-BEX capsules, a super-duper concoction of “hair foods” and vitamins which supposedly could restore hair growth and “stop that balding trend.”

When I took a close look at the photo and illustration in that ad, my first thought was “WTF?”

I’m still not quite sure what the photo and illustration are intended to depict. Check out these close-up views and see what pops into your mind… 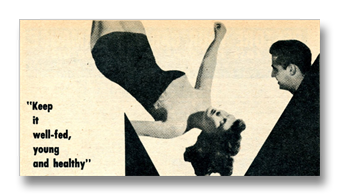 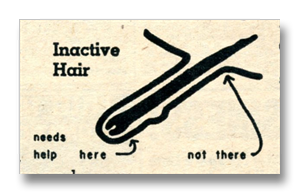 CY-BEX capsules were made by a company called Basic Remedies, Inc., located in Monmouth, Oregon. Apparently, the U.S. Food and Drug Administration thought the company’s ads about the hair-restoring properties of CY-BEX capsules went a few claims too far. In 1962, Basic Remedies was busted by the FDA for false advertising. (A fate that befell some other companies that ran ads for baldness cures in men’s magazines in the 1950s and 1960s.)

If you’re interested in the Man’s Magazine story about LSD, “I WENT INSANE FOR SCIENCE,” you can read it for yourself. Just click here to download the entire story in PDF form.

And, if you’re into drug history nuggets, you may also like my previous posts featuring vintage men’s pulp mag stories about cocaine and marijuana (“When cocaine grew on trees” and “The REAL scoop on Reefer Madness”).

But remember, kids. Don’t do drugs. Just say no. Etc…