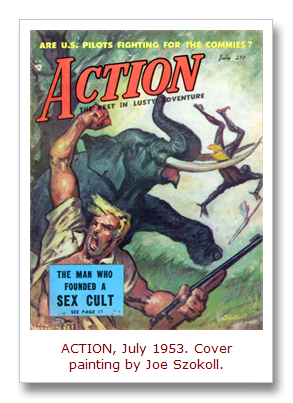 And, after the barbecues and fireworks are over, some men like to relax with a drink and catch up on their reading. 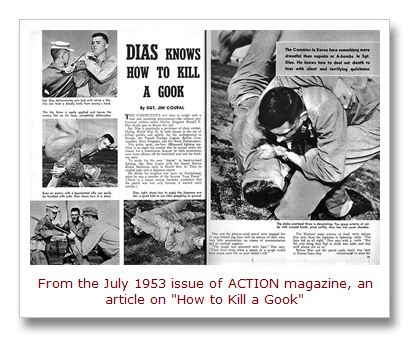 If you were a man back in the 1950s, 1960s or early 1970s, you might have been reading some of the latest men’s adventure magazines on July 4th weekend.

By the early 1950s, the men’s adventure mag genre had taken recognizable taken form and there quite a few good ones to choose from.

For example, on July 4th, 1953 you might have been reading the latest issue of ACTION magazine, with the great elephant attack cover painting by artist Joe Szokoll.

The Korean War had been going on since 1950 and was still not officially over, so that “police action,” Commies and “Gooks” were hot topics.

Inside the July ‘53 issue of Action, there’s a story about how some traitorous former U.S. pilots were flying MIG fighters for the Communist Chinese and a helpful (now very politically incorrect) article on “HOW TO KILL A GOOK.”

On July 4th weekend in 1953, you might also have been reading the July ‘53 issue of Male magazine, which featured a hard-boiled Mike Hammer detective story by Mickey Spillane.

Or maybe you were checking out the July 1953 issue of AMERICAN MANHOOD, with the cool cover painting of Indian warriors by Tom Beecham. 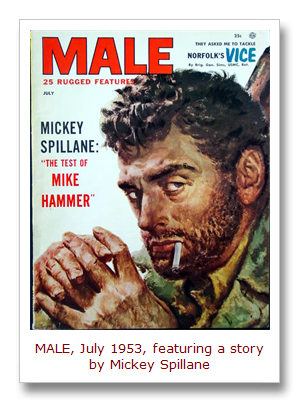 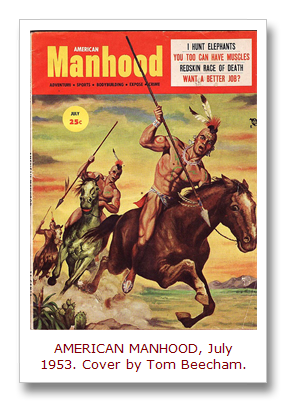 A few years later, in 1957, you could have been reading “The Yankee Gunslinger Who Rustled a Harem,” the cover story of the July 1957 issue of FOR MEN ONLY.

The cover painting done for that classic Yank-hero-saves-harem-babes yarn is by James Bama, the great Doc Savage paperback cover artist.

On July 4th weekend in 1957, you might also have been kicking back with the July 1957 issue of MAN’S WORLD, which has a wild piranha attack cover painting by Jim Bentley. 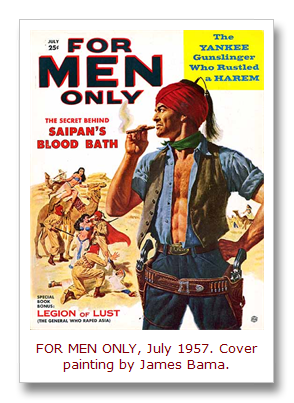 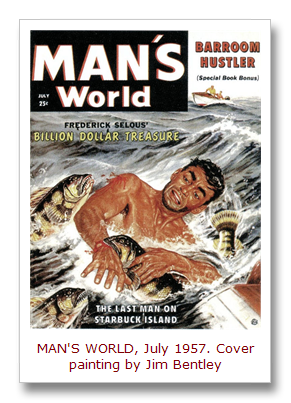 By the early 1960s, some of the more outré men’s pulp magazines were on newsstands (or under the counters).

On the Fourth of July weekend in 1963, you might have been perusing some of the wild stories and artwork in the July issues of WILDCAT ADVENTURES and WORLD OF MEN.

Both feature the kind of notorious Nazi bondage cover paintings that helped give men’s adventure magazines the nickname “sweats magazines.” (In both cases, the artists are uncredited.) 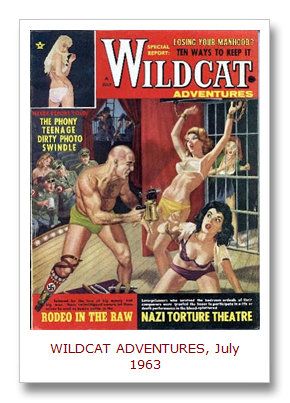 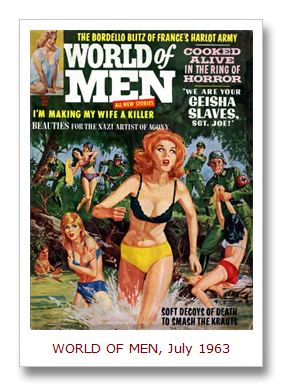 A typical men’s adventure magazine reader wasn’t into that Hippie-dippy, peace and love stuff. He was reading something like the story “Ambushed by the Viet Cong” in the July 1967 issue MAN’S MAGAZINE.

The Vietnam War was intensifying and Commie “gooks” were a common topic again in men’s adventure magazines. This time they were Vietnamese. 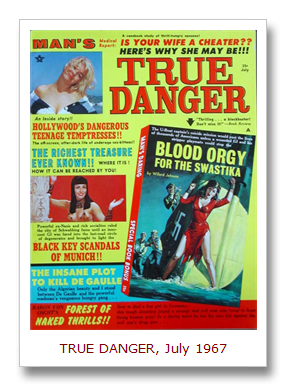 By July 4th of 1975, the men’s adventure magazines genre was almost extinct.

The last of the men’s adventure mags still included some action, adventure, war and “sexposé” stories and still had some excellent pulpy interior illustrations. But they were sandwiched in between nude photo spreads. And, the painted covers that were a trademark of the classic men’s adventure genre were gone.

Below are the covers of the July 1975 issues of SAGA and FOR MEN ONLY. These were two of the best men’s adventure magazines in previous decades. By 1975, they had become more like “stroke mags” than men’s adventure mags. Both ceased publication in 1977. 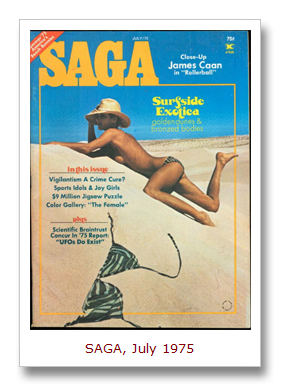 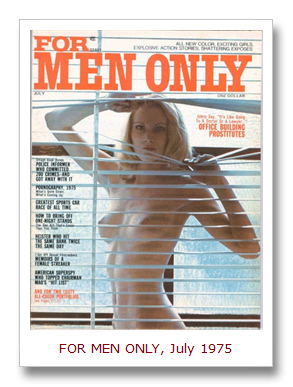 And, on this July 4th weekend, after the patriotic parades, barbecues and fireworks are over, I’ll be relaxing with a drink and reading some of my favorites. Cheers!