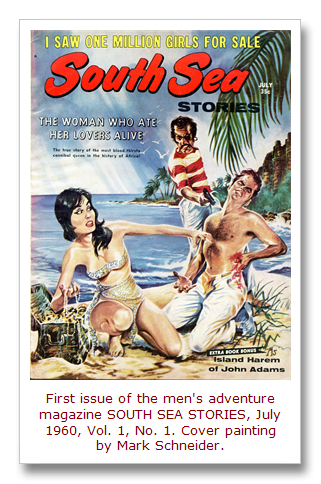 During the golden era of the classic pulp fiction magazines, from the 1920s to the 1940s, some pulps focused on stories set in particular places in the world.

One of those was a short-lived title called South Sea Stories. 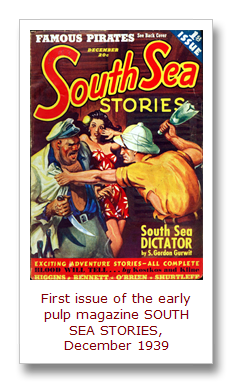 That digest-size pulp, published bimonthly by Ziff-Davis from December 1939 to October 1940, featured action and adventure stories set on the sultry islands and beautiful waters of the South Pacific.

Many men’s adventure magazines of the 1950s, 1960s and early 1970s had action, adventure and war stories set in the South Pacific, but only one made such stories it’s primary focus.

It was also titled South Sea Stories and the company that published it, Counterpoint, Inc., was owned by an intriguing man who once wrote for the prewar pulp mags and maintained a special fondness for them throughout his life.

His name was Adrian B. Lopez. During the Great Depression, Lopez wrote stories for classic pulps like Black Mask, Argosy and Dime Detective. Starting around 1940, using money he won in a horse race, Lopez became a major magazine publisher.

The reincarnation of South Sea Stories (which may have been Lopez’s homage to the earlier pulp title) is more of a men’s adventure mag than a girlie pin-up mag. But sex and sexy women are clearly a dominant theme.

As in other classic men’s adventure magazines, those women could be sexy damsels in distress, sexy raging nymphomaniacs, sexy sadists — or even sexy cannibals. 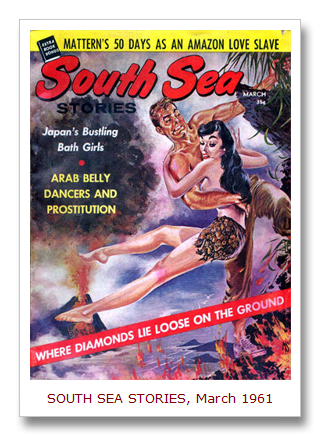 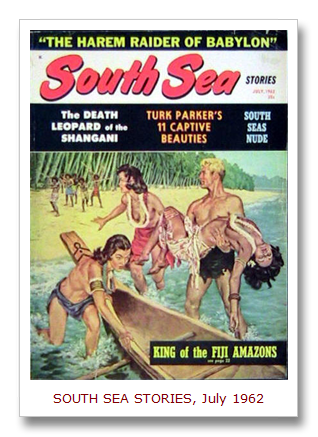 Indeed, the premiere issue of the Lopez version of South Sea Stories (July 1960, Vol. 1, No. 1) features a story titled “THE WOMAN WHO ATE HER LOVERS ALIVE.”

The teaser subtitle on the cover claims it is “The true story of the most blood-thirsty cannibal queen in the history of Africa!”

That first issue also includes the story about female slavery, “I SAW ONE MILLION GIRLS FOR SALE,” and the book bonus story “Island Harem of John Adams.”

The cover painting on the first issue and most others was done by artist Mark Schneider, who provided cover and interior art for many magazines published by Adrian Lopez.

Copies of South Sea Stories are scarce today on eBay and on vintage magazine sites like David T. Alexander’s.

I am lucky enough to own a copy of the premiere issue of South Sea Stories and a couple others. In an upcoming post on this blog, we’ll take a look at some of the stories inside. 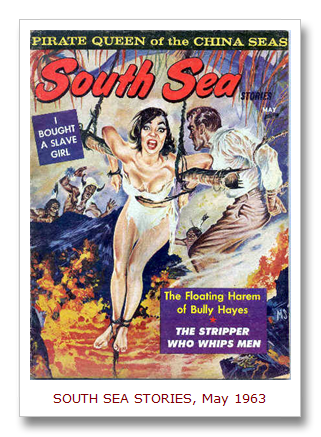 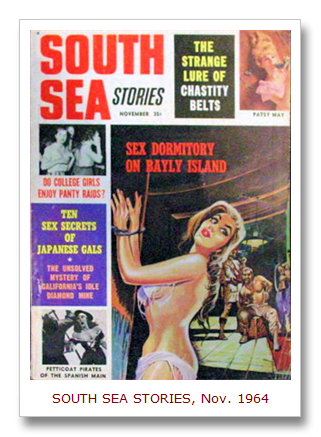 “Jungle Jane” Dolinger among the Jivaro headhunters and beyond