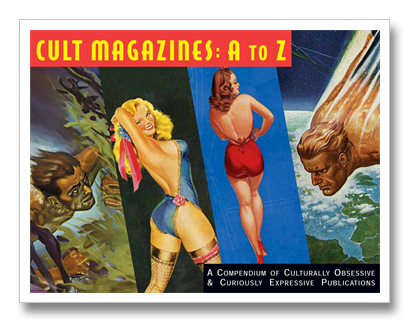 A while ago, I posted a brief review of the recently-published book CULT MAGAZINES: A to Z.

In fact, I consider it a must-have for anyone who is a fan of (or curious about) non-mainstream magazines, such as horror and science fiction pulp mags, vintage men’s adventure and girlie magazines, Confidential-style scandal rags or “true crime” and detective mags. 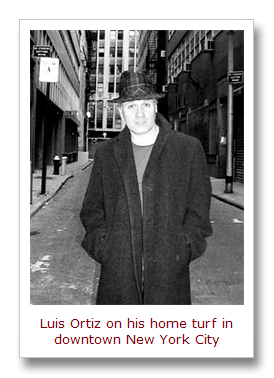 In addition to being co-editor, Luis Ortiz designed CULT MAGAZINES: A to Z and published it, through his New York-based indie publishing company Nonstop Press.

Before founding Nonstop in 2004, Luis Ortiz was a top graphic designer for a cutting-edge New York advertising and marketing agency. I was curious to find out more about him and Nonstop Press. So, I tracked Luis down and he was kind enough to do a virtual interview with me.

Thanks, for doing an interview for MensPulpMags.com, Luis. Could you start by telling us a bit more about Nonstop Press? 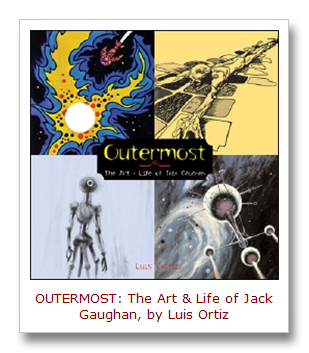 ORTIZ: We are a small group of footloose writers, artists, and editors living and working in New York who decided to moonlight at creating some worthwhile books. In the near future we have plans to add graphic novels and science fiction to our catalog. We think these will go well with the pop culture books and artist monographs already on our list. [NOTE: New and forthcoming books from Nonstop include: OTHER SPACES, OTHER TIMES, by the great science fiction author Robert Silverberg; OUTERMOST: The Art & Life of Jack Gaughan, a new book by Ortiz; and, STEAMPUNK PRIME, edited by Mike Ashley.]

How did you come up with the idea for CULT MAGAZINES: A to Z?

ORTIZ: I have been a magazine junkie all my life. I first had the idea for the book in the ‘90s when there were some great cultish magazines still hanging in there: PSYCHOTRONIC, THE SCREAM FACTORY, SF EYE, WORLD WAR 3, SPY, THE NOSE, PUNK PLANET, FACTSHEET FIVE, FILM THREAT, BOING BOING, and HIGH TIMES. Most of the magazines covered in CULT MAGAZINES: A to Z were long gone before I had a chance to buy them off the newsstand. 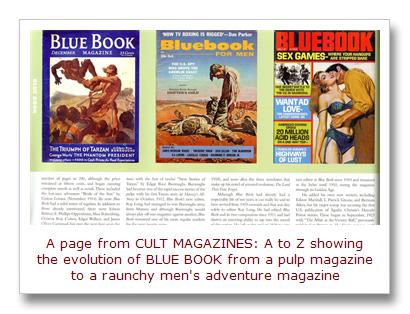 But I did catch up with of a few of them in places like Mendoza’s and Ruby’s, two NYC downtown bookstores that carried old, cheaply priced, issues of CRAWDADDY, CRACKED, GALAXY, TWILIGHT ZONE MAGAZINE, HIGH TIMES, IF and a lot of old men’s adventure magazines. The last century started out with some great cult magazines like MacFadden’s PHYSICAL CULTURE and BLUE BOOK. The latter is an example of a magazine changing with the times, going from general fiction magazine, to men’s adventure magazine, to finally just a men’s magazine at the end. With each new incarnation it got just a little bit raunchier.

How did you link up with Earl Kemp? Did you already know him?

ORTIZ: I knew of Earl from his association with the science fiction field. His byline on SIN-A-RAMA: Sleaze Sex Paperbacks of the Sixties, and the work he was doing on his e-zine e*I*, spurred me to contact and enlist him as co-editor on CULT MAGAZINES.

How did you pull together the long list of contributors who provided the text for CULT MAGAZINES: A TO Z? 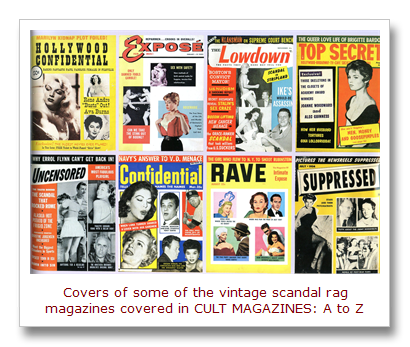 Earl took the reins in the early going and brought in most of the contributors. I made suggestions and brought in a few writers later. I knew that I wanted Mike Ashley to write about early American pulp magazines. He is an expert in that area. It turned out that Mike and I did the bulk of the writing for the book.

The book has hundreds of great, hi-rez scans of covers and interior pages from many different genres of magazines. How did you pull those all together?

ORTIZ: Most of the magazine images, after 1960, came from my own collection. The rest came from the writers who wrote pieces for the book and collectors I know in the NYC area.

As an artist yourself, are you a fan of the cover and interior art that was used for vintage men’s adventure magazines?

ORTIZ: Hard not to be when you consider some of the great artists working there: Ed Emshwiller, Bill Edwards, Mark Schneider, Mort Kunstler, George Gross, Walter Popp, Valigursky, Tom Beecham, and Vic Prezio to name just a few. Like most artsy kids of my generation, my first real appreciation of art started with magazine and comic book artists.

Do you have any favorites among the many illustrators who provided cover and interior art for the men’s adventure mags?

ORTIZ: Emsh and Bill Edwards stand out for me because of their ability to draw dynamic human figures, especially women, and their mastery of picture composition. Tom Beecham’s outdoors adventure cover art, especially the stuff done for FURY, was colorful and usually much better than the magazines the art appeared on. 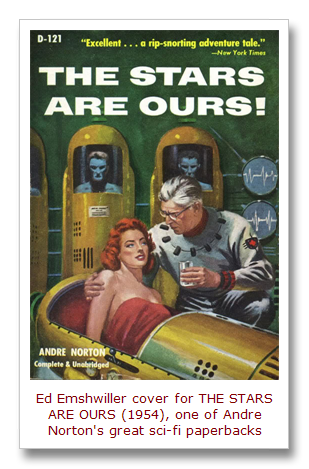 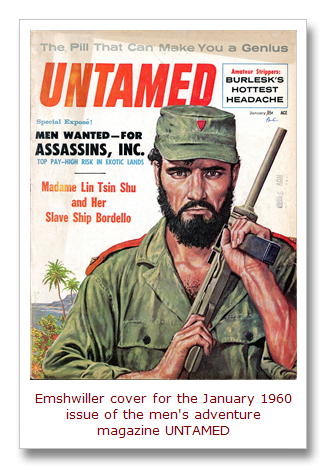 CULT MAGAZINES: A TO Z covers many different types of magazines. Are any of the genres you covered particular favorites of yours?

ORTIZ: At Mendoza’s I picked up a lot of old science fiction and mystery pulp magazines and I would say these genres qualify as favorites. I am also drawn to off-beat publications like FATE, MAGAZINE OF HORROR, SIR! and TRUE STRANGE.

The subtitle of your book is “A Compendium of Culturally Obsessive & Curiously Expressive Publications.” What aspects of the men’s adventure magazines you included in the book do you think best fit that description?

ORTIZ: Besides the art, how can you beat story titles like “Doomsday, U.S.A.”; “Booze, Bennies & Border-Busting” or “The White Queen of the Comanches”. 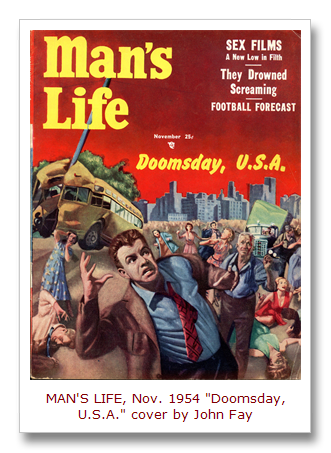 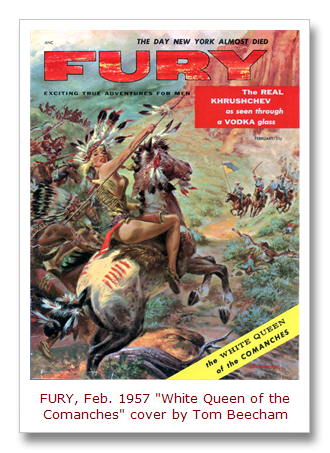 Do you have any plans to do more books with Earl Kemp or more books about vintage magazines?

ORTIZ: I am mulling over the idea of doing a follow-up, or second volume, to CULT MAGAZINES: A to Z. There are a lot more magazines that we didn’t have room to cover the first go-around – not to mention this would be a chance to present more great cover art.

Thanks, Luis. I’ll look forward to reading that one and other new books from Nonstop. You’re doing God’s work for those of us who revere cult magazines, science fiction and illustration art!

Some of the cool books from Nonstop Press…