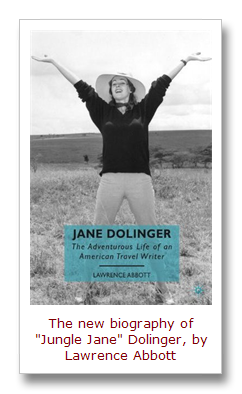 There’s a new book out about Jane Dolinger — the brainy and beautiful adventurer, author and pin-up model I featured in a previous post on this blog.

The author, Lawrence Abbott, is a professor at the University of Pennsylvania who teaches courses on American literature and writing.

His bio of Dolinger is now available on Amazon.com. I just ordered my copy this week and will post a review once I’ve read it.

The good professor’s site has a lot of interesting info, but the photos of Jane that he posted don’t quite show the full range of her, uh, talents.

So, in this post, I’ll include some additional visuals for students enrolled in “Jane Dolinger 101.” Purely for educational purposes, of course. 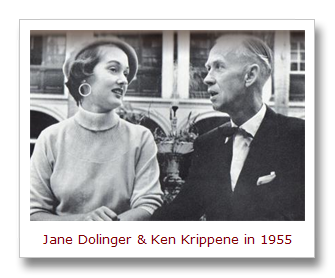 Jane was born in Pennsylvania in 1932. In 1951, after graduating from High School with honors, she moved to Miami to try to find a career that suited her adventurous spirit. For a while, she worked as a secretary at the Miami offices of a Brazilian airline. She also took modeling lessons.

Then one day she saw an intriguing want ad in the local newspaper that said:

Even though that reads like an ad that could have been written by some pervert or psychokiller, Jane decided to check it out. She discovered that the ad was placed by author and adventurer Ken Krippene.

Krippene was a professional writer whose travel and adventure stories appeared in major magazines like National Geographic, True and Argosy, as well as in less widely known men’s bachelor and adventure magazines. He also wrote books and scripts. 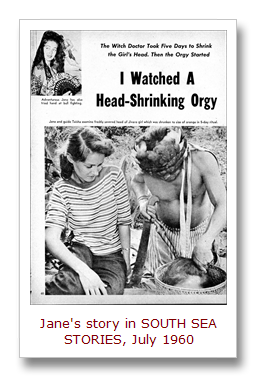 When Jane met Krippene, he was preparing for an extended trip to South America to gather material for future articles and a documentary.

Being an intelligent man with good eyesight, Krippene offered Jane his “Girl Friday” job. She accepted and spent months with him and cameraman Bob Farrier, trekking through the Amazonian jungle and other remote areas.

Along the way, Jane and Ken fell in love. In 1954, they were married in Peru. During their South American journeys, Jane learned to be a writer herself.

In 1955, she published her first book, The Jungle Is a Woman: The Adventures of an American Girl in the Green Hell of the Amazon.

She followed that up with The Head with the Long Yellow Hair, a book about Jivaro headhunters published in 1958. Around that time, Jane began writing exotic travel and adventure stories for men’s bachelor and adventure magazines.

For example, a story adapted from The Head with the Long Yellow Hair was published in the April 1958 issue of Modern Man magazine.

Dolinger went on to write many more such stories for men’s mags, earning her the nickname “Jungle Jane.”

Her best known stories were the racy travel and history pieces she wrote for Modern Man magazine. These included captivating photos of Jane dressed (barely) in costumes related to the articles, making her the only woman who was both a writer and a pin-up model featured in men’s magazines. 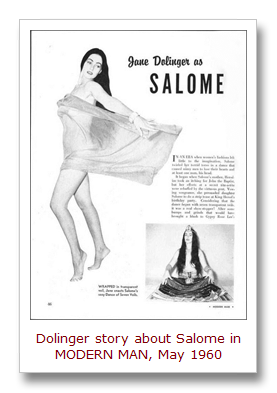 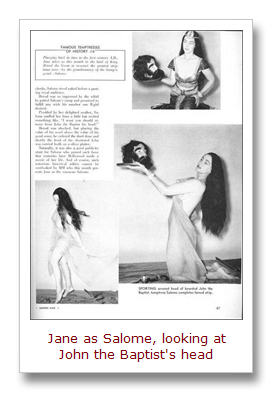 Month after month for, Modern Man readers were treated to Jane Dolinger’s globe-trotting accounts as well as a healthy dose of cheesecake posed in exotic locales. She was the all-American girl who faced danger and found adventure no matter where she landed. One month she would be Queen of the Amazon, the next she was in the middle of a Voodoo ceremony, and then it was off to a Moroccan harem. No matter where she was, she always looked great whether draped in leopard skins, wrapped in South American tapestries, or dressed as an Egyptian princess. Dolinger’s stories were always a breathless, daring narrative of danger and intrigue throughout the uncivilized parts of the planet. When red-blooded men sat in their bachelor pads and daydreamed of world exploring, they would always dream that it would be Dolinger they would bump into while en-route to Incan ruins or cutting their way through jungle vines. 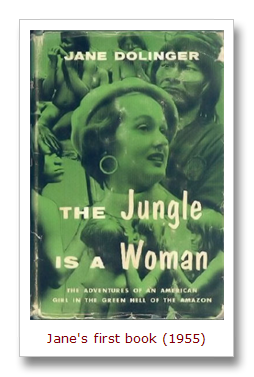 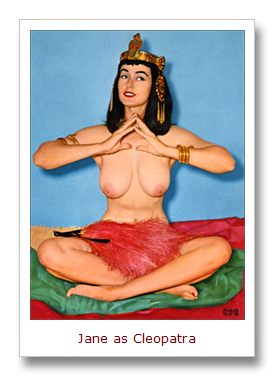 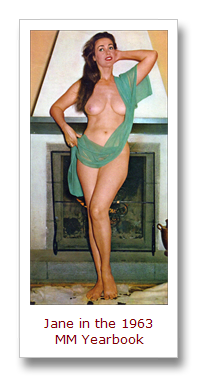 Ken Krippene also used photos of Jane in some of his magazine stories. One of my favorites is a shot of her playing a cool-looking drum, topless.

It was featured in Krippene’s yarn “I TOOK PART IN THE SECRET PASSION RITES OF VOODOO ISLAND,” published in Bluebook magazine’s 1969 annual issue. According to the caption, Jane is supposed to be a native girl in the story named “Mara.” The Bluebook editor put a black eye band across her eyes, suggesting that her true identity had to be hidden because she was involved in something forbidden.

In reality, that pic of Jane comes from a photo shoot she did for Modern Man magazine in 1963. 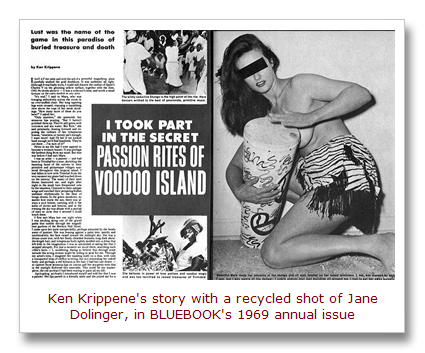 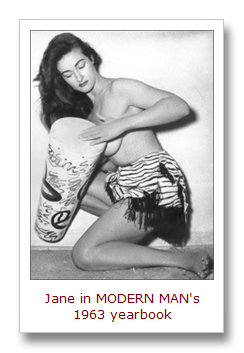 When Krippene and Dolinger wed in 1954, she was in her early twenties. He (the lucky schmuck) was in his fifties. They remained happily married and continued their globe-trotting writing careers until Ken’s death in 1980.

In the 1980s, Jane continued to write occasional magazine and newspaper articles. But the peak of her productivity and fame had passed. In 1995, when she succumbed to a long battle with cancer, her death received relatively little attention. And, in the years since then, her memory has faded, except among her old fans and aficionados of vintage men’s magazines and retro pop culture. (I guess I qualify on all counts.)

Hopefully, the new biography by Lawrence Abbott will spark renewed interest in “Jungle Jane” Dolinger. She was truly one of a kind.

I’ll end this post by giving you a look at Jane’s photo spread in the February 1965 issue of Modern Man. In that one, she was the “Doll of the Month.” 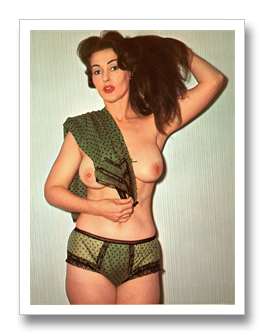 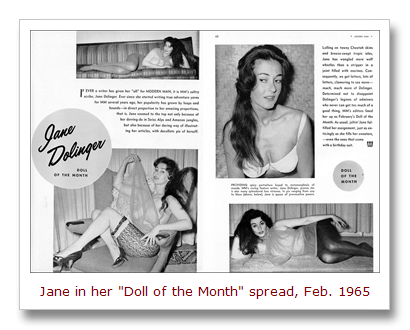