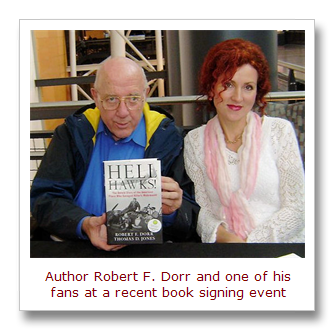 If you’re a regular reader of this blog, you may know that Robert F. Dorr

— one of America’s top military aviation historians — was once one of the best and most prolific writers of stories for men’s adventure magazines.

I’ve featured a number of Bob’s classic adventure stories from the 1960s and 1970s in previous posts on this blog and, with his gracious permission, I’ve made digitized reprints of them available as downloads.

He was also kind enough to do an interview with me a while back, which gave me some interesting insights into what it was like to be a writer for men’s pulp mags.

After the men’s adventure genre faded away in the 1970s, Bob Dorr continued to be an amazingly prolific writer. But his focus became military history — particularly military aviation history. 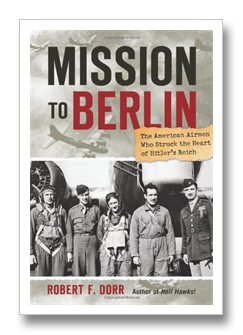 Over the past 35 years, he has authored more than 70 books and thousands of non-fiction magazine articles about the Air Force and air warfare. And, he’s still going strong.

Bob’s new book, Mission to Berlin, has just been published. It’s an in-depth look at the incredible bravery and vital strategic role of American B-17 “Flying Fortress” bomber crews during World War II.

Bob is my favorite kind of historian. He not only puts historical events in context, so you understand the big picture.

He also humanizes history, by telling the stories of the individual men and women involved, through their eyes and in their words.

When asked about that approach, Bob gave an answer that was especially interesting to me.

“A part of it from my experience writing hundreds of articles for the men’s pulp adventure magazines,” he said. “Titles like Stag, Male, Argosy and True staked their success on war stories that began with the event and used the event to frame and shape the person. Every one of the real men in Mission to Berlin is changed forever by his experience, so it only makes sense to use that experience as the backdrop for what happened to the person.”

Based on what Bob told me about Mission to Berlin, riding along with the B-17 crews as a reader of the book is going to be a hell of a ride. 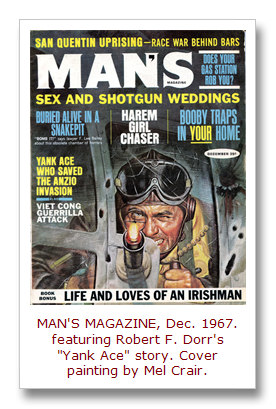 “No one had ever fought at such great heights, in such terrible cold, with such fast and brutal action taking place all around them,” Bob explained. “So it was natural that American bomber pilots and crews became the stuff of legend and lore. Today, we realize that we’ll never see anything like this again — thousands of aircraft and tens of thousands of men fighting many miles above the earth. These were very young men, citizen-soldiers drawn from our population, caught up in a new and different situation. We have overused the ‘Greatest Generation’ label, but it is not wrong to say that these men achieved nothing less than to save the world.”

If you haven’t read any of the history books written by Bob Dorr, Mission in Berlin sounds like a good one to start with. It’s available now on Amazon.com. You can also get a personally autographed copy signed by Bob. To do that, mail a $35 check to: Robert F. Dorr, 3411 Valewood Drive, Oakton VA 22124.

If you missed my previous posts about some of Bob’s men’s adventure magazine stories, an appropriate one to start with, in light of his new book, is his gritty tale about a World War II bomber crew: “YANK ACE WHO SAVED THE ANZIO INVASION.”

It’s the cover story for the December 1967 issue of Man’s Magazine, which features a cover painting by the great pulp illustration artist Mel Crair.

In the 1960s and early 1970s, Bob Dorr’s stories appeared in many of the best men’s adventure magazines, including Action for Men, Bluebook, Escape to Adventure, For Men Only, Man to Man, Male, Man’s Magazine, Real, Sir! and Stag.

As you might suspect, he wrote a lot of war stories, like “Yank Ace” and the action-filled Korean War story, “CHARGE OF THE MAD MACHINE GUNNER.”

“Mad Machine Gunner” was the featured cover story for the January 1967 issue Man’s Magazine. The cool painting on that cover is also by Mel Crair.

In addition to war stories, Bob wrote almost every other type of story that appeared in the men’s pulp mags. He wrote spy stories and Cold War thrillers, like “I FOUGHT CASTRO’S CUTTHROAT GUERRILLA SQUAD.” That one, about a Yank and a beautiful babe fighting against evil Commies in Guatemala, was published in the April 1970 issue of For Men Only. It’s a wild yarn, illustrated with an equally wild two-page illustration by another great illustration artist, Earl Norem. 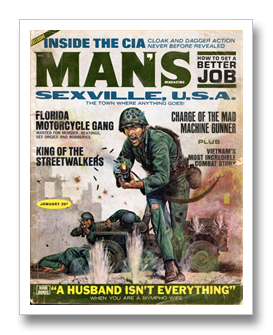 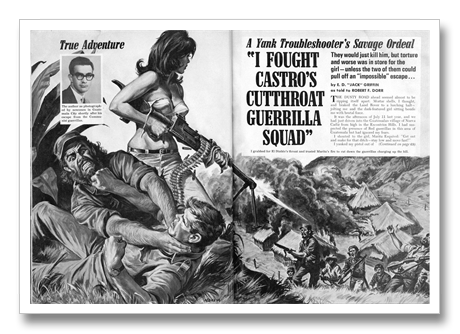 Occasionally, Bob wrote “sexposés,” like “BEHIND THE SCENES OF BUDAPEST’S SEX REVOLT” (Bluebook, September 1970) and killer creature features, like the “‘GHOST’ BEAR THAT TERRORIZED A TOWN” (Male, February 1975). 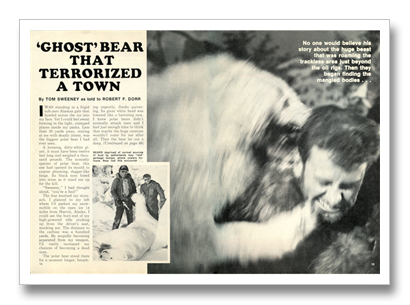 He also wrote one of my favorite vintage drug exposé stories — titled “INNER SECRETS OF THE INTERNATIONAL COCAINE COMBINE” (Bluebook, July 1971). It’s historically interesting for being an early article about coke smuggling. And, like many old stories about illegal drugs, it’s illustrated with some photos that are pretty funny in hindsight. 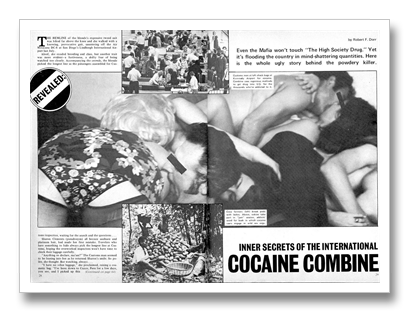 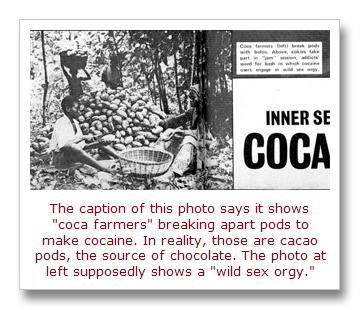 In honor of Bob’s new book, Mission to Berlin, I’ll add a new story to the list of Robert F. Dorr men’s adventure stories that readers of this blog can download and read. Like Mission to Berlin, it’s about the courageous men who crewed B-17s during World War II.

It’s titled “THE ‘IMPOSSIBLE’ RAID — A Lone B-17 vs. a Nazi Airbase.” The editor’s teaser subhead on the first page outlines the plot: 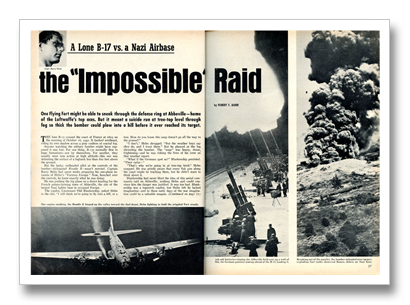 “One Flying Fort might be able to sneak through the defense ring at Abbeville-home of the Luftwaffe’s top aces. But it meant a suicide run at tree-top level through fog so thick the bomber could plow into a hill before it ever reached its target.”

If you’re a Bob Dorr fan, like me, I think you’ll enjoy reading this early forerunner of his later history books, such as Hell Hawks! and Mission to Berlin.

You can download the entire “IMPOSSIBLE RAID” story in high-rez PDF format by clicking this link.

If you’re not a Bob Dorr fan yet, you should be. He was one of the best men’s adventure magazine writers in the 1960s and 1970s and since then he has become one of America’s best and most respected military history authors.

By the way, a good way to keep up to date on Bob and communicate with him is via Facebook. He has a large following on his Hell Hawks! Facebook page and a recently created a new page for Mission to Berlin.