The men’s postwar adventure magazines didn’t invent bondage and torture cover art. It was already common in the pre-WWII pulp magazines. During 1930s and early ‘40s, there was an entire subgroup called the “weird menace” or “shudder” pulps. Their cover art tended to focus on endangered, barely-clothed babes in ropes, chains and other restraints. (To find out more, check out the book The Shudder Pulps: A History of the Weird Menace Magazines of the 1930s by Robert Kenneth Jones.) 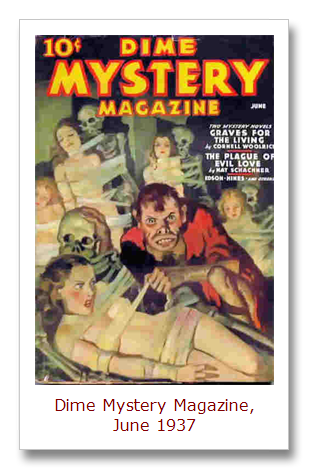 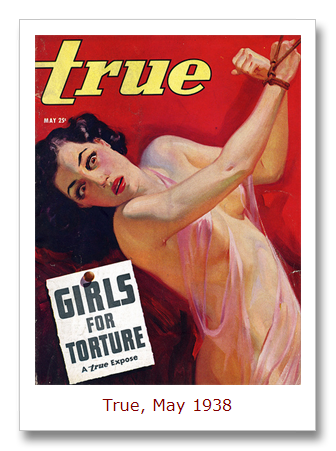 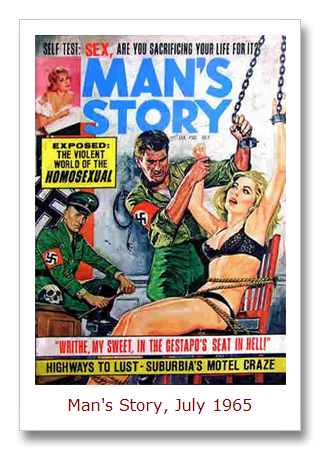 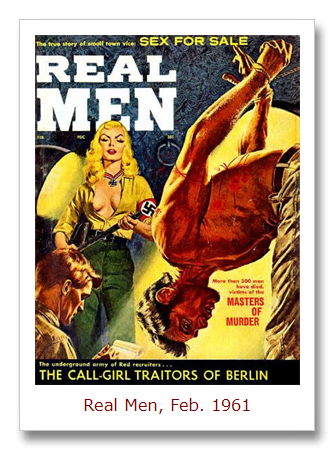 …the Japanese prisoner of war bondage and torture subgenre… 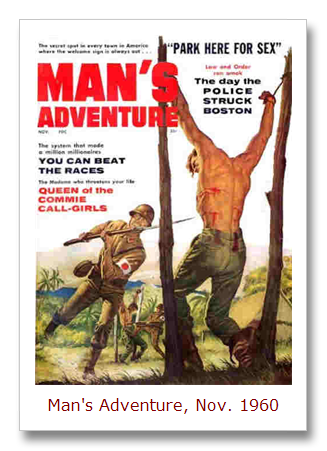 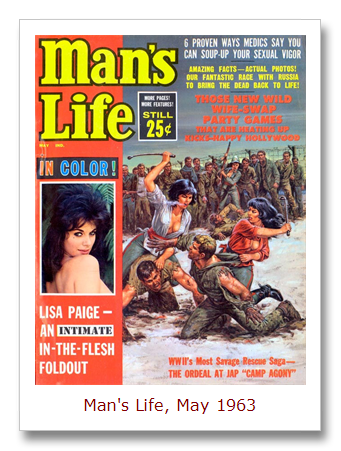 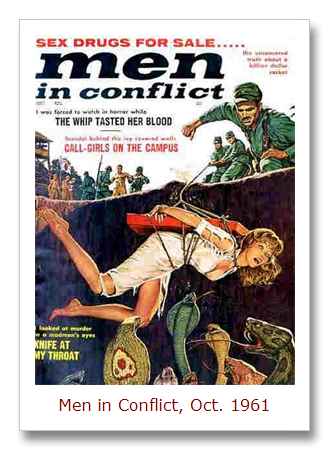 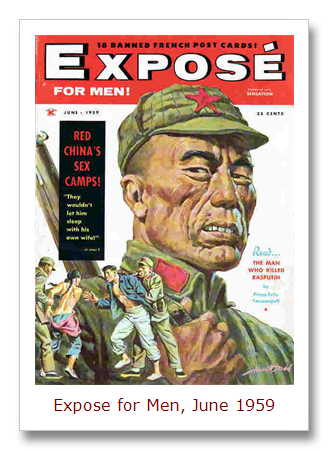 …and, the miscellaneous exotic foreigners and primitive natives bondage and torture subgenre. 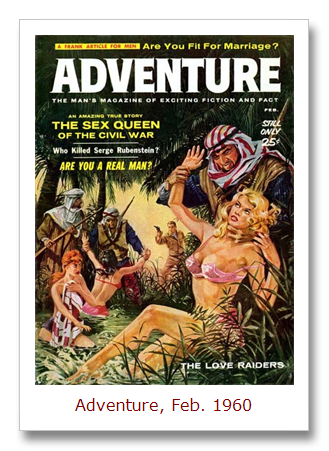 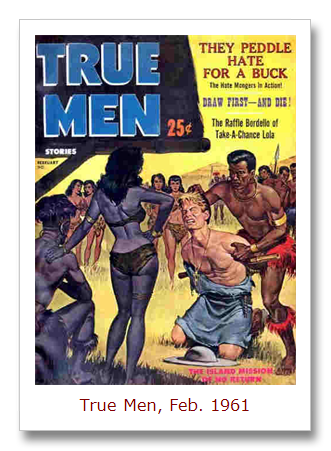 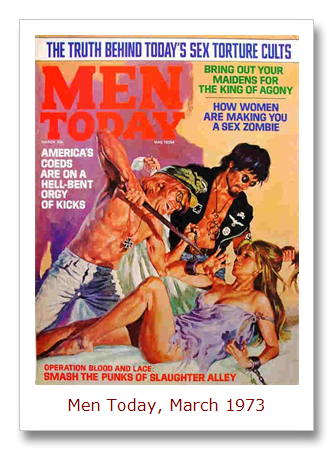 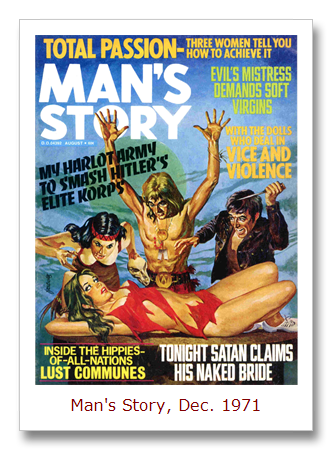 I am now raising my hand and swearing that I am not and never have been involved in sadism or masochism or sado-masochism or anything like that. Never. Really.

But I also admit that I think the bondage and torture cover art and stories in the men’s adventure magazines are a fascinating hoot. I love ’em. And, I’m not alone. They tend to be the priciest copies of vintage men’s pulp mags sold on eBay and elsewhere.

So why was – and why is – bondage art in vintage pulp magazines so popular? My theory is that it’s like the enjoyment of watching horror and monster movies that feature plenty of blood and scantily clad bods. It provides some titillating, vicarious thrills and fun, but it’s not real, illegal or dangerous.