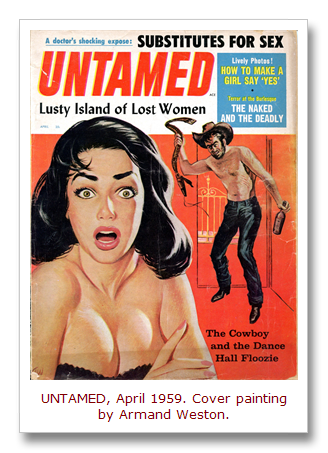 As you can tell from some of my previous posts, I am a big fan of the vintage men’s adventure magazine Untamed and an aficionado of pulp art, pulp fiction and campy movies. 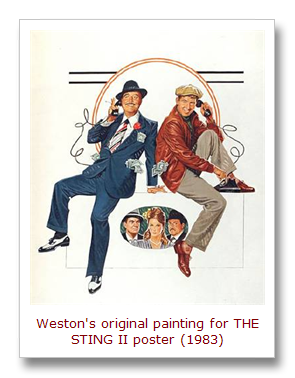 Or maybe quadruply cool, since the wild (really wild) Western cover painting for this issue was done by Armand Weston (1932-1988).

Weston was quite a multi-talented guy.

He did cover art for men’s pulp magazines and poster art for movies, most notably one of the posters for The Sting II.

He also did paperback book cover art, including covers for Lancer Books — whose co-founder was Irwin Stein, owner of Magnum Publications, Inc., the company that published Untamed magazine.

In addition, Weston was a movie director, scriptwriter and producer in the 1970s and early 1980s.

He also directed a couple of risqué horror films, including The Nesting (1981) with John Carradine. (Check out Weston’s full credits on IMDB.com.) 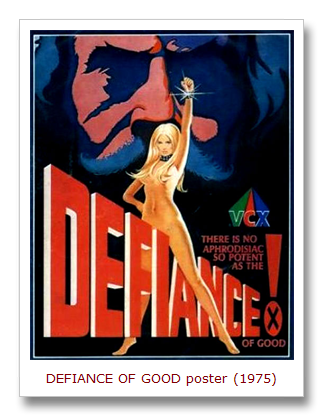 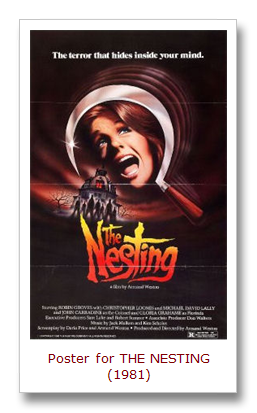 Inside the April 1959 issue of Untamed there are some great pulpy stories that are still amusing to read today.

One is the campy Western tale that Armand Weston’s cover painting goes with, “The Cowboy and the Dance Hall Floozie” (in which the “floozie” gets her revenge on the drunken varmint who is threatening her with his gun belt in the painting). 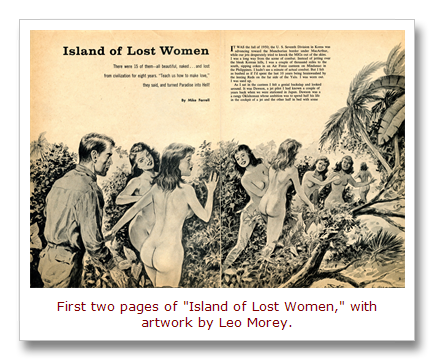 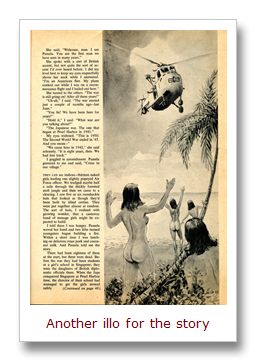 It’s a comic version of one of those iconic stories about sex-starved women on tropical islands that were common in men’s adventure magazines of the 1950s, 1960s and early 1970s. This one has a twist, as suggested in the subhead on the first page:

“There were 15 of them—all beautiful, naked…and lost from civilization for eight years. ‘Teach us how to make love,’ they said, and turned Paradise into Hell!”

The “Island of Lost Women” yarn was written by Mike Farrell. He is obviously not the actor from M*A*S*H. But I couldn’t find any info about him online, so it may be a pen name.

The illustrations for the story were painted by the sci-fi, comics and pulp mag artist Leo Morey, who did a lot of interior illos and cover paintings for Untamed magazine.

I think “Island of Lost Women” is pretty funny. You should check it out for yourself by clicking this link to download the entire story in PDF format. Enjoy!