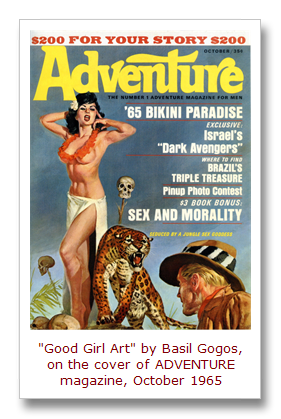 From the 1930s to the early 1950s, before the prudish Comics Code of 1954 was adopted, many comic books had cover and interior images showing buxom women in tight, skimpy or otherwise revealing clothing.

Some were heroines with special powers, like Sheena, Firehair and Wonder Woman. Others were iconic damsels in distress or female villains. 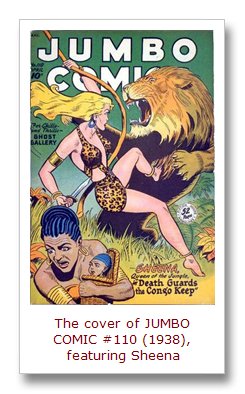 In the early 1970s, the pioneering comic book dealer David T. Alexander coined the term “Good Girl Art” to refer to comics that featured such artwork. He used that term and the shorthand abbreviation GGA as a category on lists of comics he sold.

In 1976, Carl Macek — who later gained fame as the creator of the Robotech animated cartoon series — managed Alexander’s American Comic Book Company store in Westwood, California. That year, Macek wrote an article for Volume #6 of the Overstreet Comic Book Price Guide titled “Good Girl Art — An Introduction: Why It Was and What It Was.”

Alexander’s use and Macek’s article firmly planted “Good Girl Art” into the lingo of comic book collectors. It was also soon applied to the babe-filled artwork on the covers of vintage pulp fiction paperbacks, the sexy/sexist cartoons in men’s bachelor and adventure magazines created by artists like Bill Ward, and to men’s adventure magazine cover paintings and interior illustrations that show beautiful women in various stages of undress.

I featured a few wild GGA cover paintings by Basil Gogos in my previous post. Those were from the very politically incorrect bondage and torture subgenre. At the top of this post and below are examples of what I call the “exotic Good Girl Art” subgenre of men’s pulp mag artwork — images of scantily-clad babes in exotic locales.

One of my faves (shown above) is the cover of the October 1965 issue of Adventure magazine. It goes with a story inside about a man who was “SEDUCED BY A JUNGLE SEX GODDESS.”

Below are some more of my favorite exotic GGA covers by Basil Gogos. 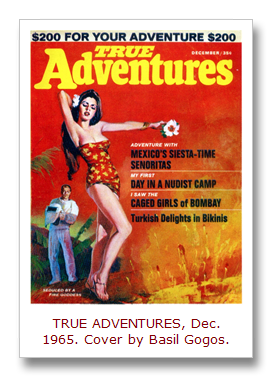 The one at left is for another seductive goddess story. This time it’s a volcanically hot “fire goddess,” on the cover of the December 1965 issue of True Adventures. 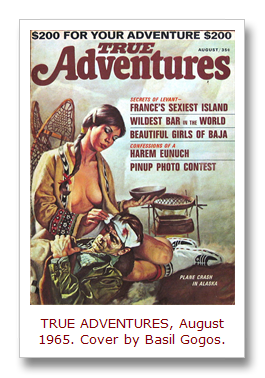 At right is the August 1965 issue of True Adventures.

It shows an incredibly enticing Eskimo babe caring for a pilot who crashed in Alaska, near her cozy igloo. (And, boys — don’t even consider making that snortworthy joke about a bush pilot. Too juvenile. Really.)

Adventure and True Adventures were two of the men’s pulp magazines that Basil Gogos worked for regularly in the 1960s and early 1970s.

Adventure magazine started out as a classic fiction story pulp magazine in 1910.

In the early 1950s, as the market for traditional all-fiction pulps faded away, Adventure transitioned to the postwar men’s adventure pulp format and continued to be published until 1971.

In that incarnation, it was published until late 1970.

Below are two examples reprinted in Kerry Gammill’s excellent book about Gogos and his work.

Naturally, Gammill’s book focuses on the famous movie monster art Gogos is best known for. But it also includes a terrific chapter on the work Gogos did for men’s adventure magazines. 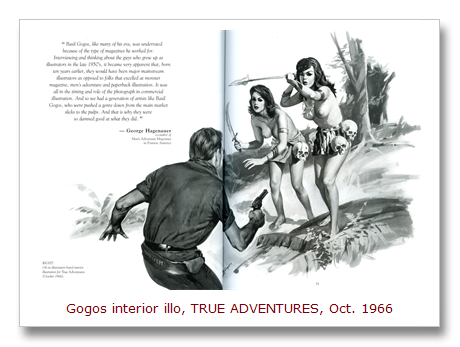 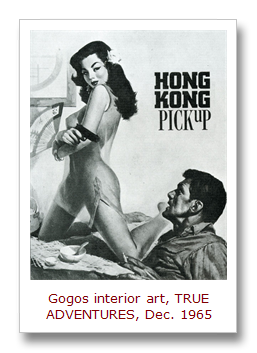 If you like Gogos’ monster or men’s adventure mag artwork, or if you’re interested in vintage illustration art in general, you definitely want to buy Gammill’s book.

Editor’s update: After a long career as one of America’s premier illustration artists, Basil Gogos passed away on September 17, 2017 at age 88. I feel lucky to have had the chance to interview Basil for a post on this blog before he died. Here’s a link to the interview in case you haven’t seen it. By the way, if you’re a Gogos fan, be sure to follow the Basil Gogos Facebook page, which is still being maintained and posted on regularly by Basil’s longtime partner, artist Linda Touby.