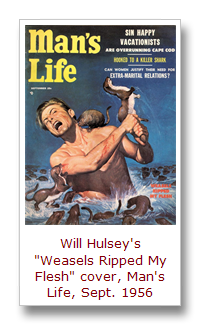 I am a great admirer of the cover paintings and illustrations artist Will Hulsey did for men’s adventure magazines in the Fifties, Sixties and early Seventies.

The cover with the vicious flying squirrels in the header of my blog and the one with the killer turtles are both by Hulsey.

He was the grandmaster of killer creature covers, which I have nicknamed the “Weasels Ripped My Flesh” subgenre, after the famed cover painting Hulsey did for the September 1956 issue of Man’s Life magazine. (The headline for the story that painting goes with is where Frank Zappa got the title of his 1970 album.)

In addition to his great animal attack covers, Hulsey also painted many other types of action-filled scenes for the covers of men’s postwar pulp magazines.

For example, below is a superb World War Two war scene Hulsey created for the February 1960 issue of True Men Stories, to go with the story “INCREDIBLE ESCAPE from the NAZI NIGHTMARE.”

At the left is a photo of the original cover painting.

Next to that is the magazine cover, showing how well Hulsey planned for the placement of the title and cover headlines.

If you’re wondering about the color difference, what I’ve heard is that the reds were enhanced on covers like this to make to make them more eye-catching. (Though I don’t really know if that’s true.) 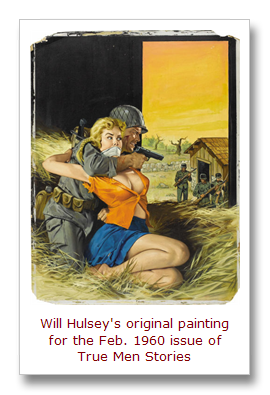 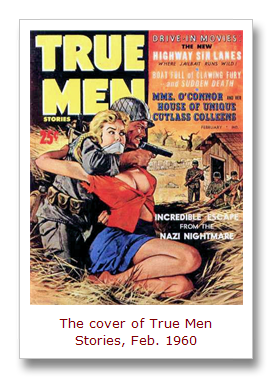 Hulsey’s original artwork for this cover is a 26½ inch by x 20½ inch oil painting on illustration board. According to the Heritage Auction Galleries website (which is a great place to look for original magazine art, among other things), this Hulsey painting sold for $8,962.50 in an auction a few years ago.

There are already quite a few Hulsey covers on this blog and there will be more in the future. I really love his work.

But I recently realized that I don’t know much about him. So, I started doing some research to find out more.

The excellent book Men’s Adventure Magazines by Rich Oberg, Max Allan Collins and George Hagenauer does have a brief bio that says:

“Hulsey painted covers and interiors for a number of publishers – most notably for Man’s Life –  before assisting art editor Milton Louis and editor Harold Straubing at True Men Stories (the first series of True Men, before Stanley bought it and dropped the “Stories”), home of such classics as the rabid flying squirrel cover.” 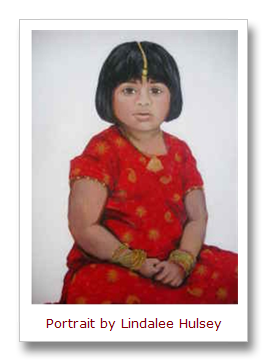 I googled “Will Hulsey” in combination with various other words, but didn’t find much additional information.

Then, today, a fellow men’s adventure magazine fan told me that Hulsey’s full first name is William — and that he generally used Wil for short, rather than Will.

This led to a number of other discoveries.

For example, I found out that Wil is still alive, in his eighties and living in California.

I also found out that his daughter, Lindalee Hulsey, is an artist herself, whose work has recently been showing at the Art Gallery de Placencia in Santa Barbara.

Now that I’ve stumbled upon those facts, I am hoping to contact Wil Hulsey for an interview.

I’ll let you know if I succeed.