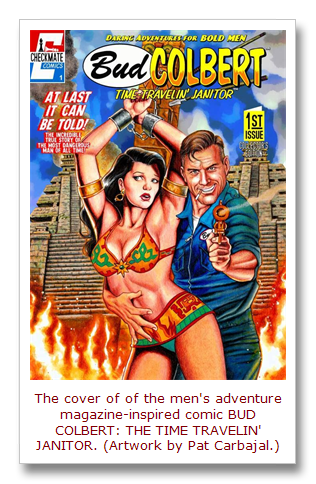 Many of the talented people I’ve had the pleasure of meeting through writing this blog and hosting the Men’s Adventure Magazines Facebook Group are writers and artists.

One of them is Troy Lowe.

Troy is a multi-talented guy who is best known to some people as a designer of awesome, hand-crafted belts for Universal Championship Belts.

He is also a comic book writer, artist and publisher.

And, recently Troy broke some exciting new ground in indie comics with the publication of BUD COLBERT: TIME-TRAVELIN’ JANITOR, via his company Checkmate Comics.

BUD is not a comic for kids.

It’s a rompin’, stompin’, humorous adventure comic for adults, partly inspired by vintage men’s pulp adventure magazines. (Of course, they were an outgrowth of some of the great comics of the 1940s and 1950s that were squelched by the Comics Code imposed in the mid-‘50s.) 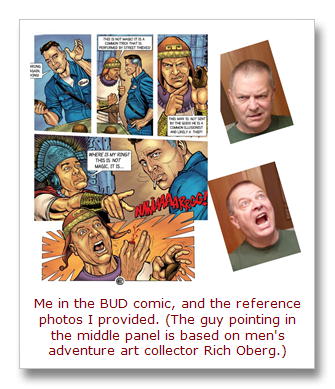 I actually played a small part in the development of the first BUD COLBERT comic, which is hopefully the first in a series of BUD adventures.

My contribution was being the model for a one of the minor characters, a hapless Zapotec priest who loses his finger.

I gotta say, it’s a hoot to see how it came out.

When I compare the reference photos I sent to Troy with the page on which my character appears, I am both awed and amused by how well my ugly mug was captured by the incredibly talented main artist for BUD — Pat Carbajal.

But that’s not the only reason why I love this comic.

Carbajal, Lowe and co-writer Jim Fader, the masterminds behind BUD, are fellow fans of some common aspects of vintage men’s adventure magazines, and it shows in their comic’s artwork and storyline.

For example, a number of scenes in BUD pay homage to the men’s pulp mag style of “Good Girl Art,” a term used to refer to illustrations showing sexy, scantily-clad babes.

And, as you can tell from some of the scans posted here, artist Pat Carbajal is a modern master of GGA.

Also, like many men’s pulp adventure stories, the “hero” in BUD COLBERT: TIME-TRAVELIN’ JANITOR is a regular, blue-collar guy. 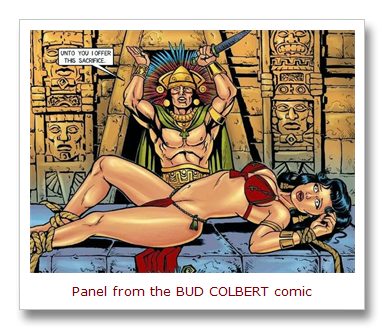 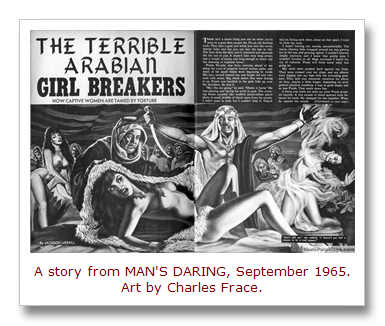 He’s a red-blooded American janitor from the 1960s who likes beer, women, convertibles and doo-wop music.

Early in the comic, Bud accidentally gets transported through time by scientists from the future.

Then he accidentally sends himself wa-a-a-ay back in time into the midst of an Aztec-like society that likes to sacrifice busty maidens with knives. 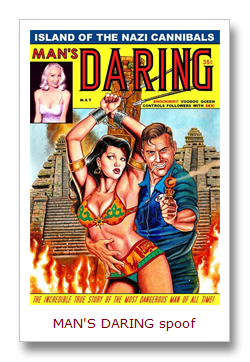 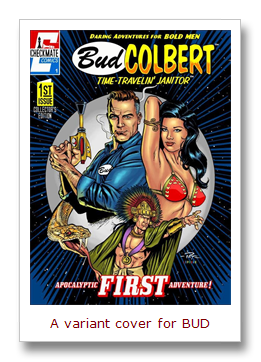 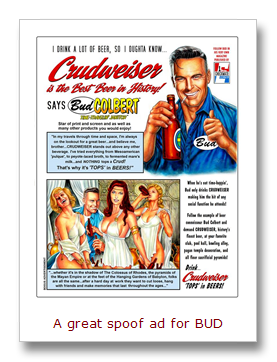 Although time travel isn’t something you normally find in most men’s adventure magazines, stories about damsel-killing cults and psychos are fairly common.

In fact, the panels from one page in BUD reminded me of a Charles Frace illustration I recently ran across in the September 1965 issue of MAN’S DARING. And, Troy once created a MAN’S DARING spoof cover that he posted on the Checkmate FB page that cracked me up.

Another men’s pulp mag homage inside the BUD comic shows Bud reading the glamour photo version of the February 1954 issue of MAN’S MAGAZINE. It was used in the legendary painting vs. photo market test I’ve discussed in past posts here. 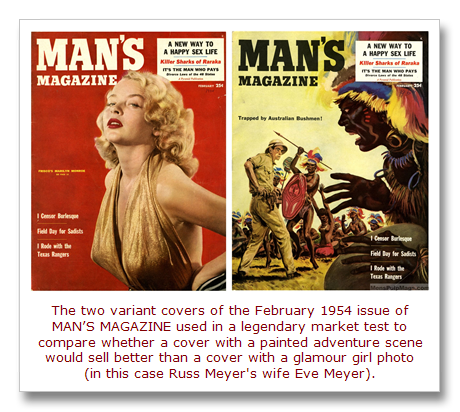 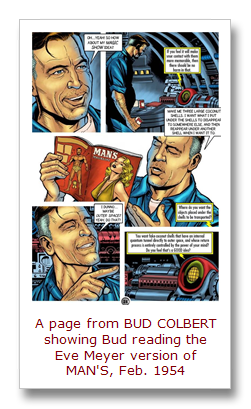 In this premiere issue of BUD COLBERT: TIME-TRAVELIN’ JANITOR, Bud KO’s scientists from the future that he think are Commies, zaps Zapotecs with a ray gun, dallies with a comely courtesan from the court of the Zapotec king (modeled on my friend Rich Oberg, the “Dean of Men’s Adventure Magazines”), and experiences psychedelic fantasies induced by a hallucinogenic broth.

In other words, the story is gonzo fun, like many of the stories in vintage men’s pulp adventure mags that are featured on this blog and in the recent story anthologies I co-edited, WEASELS RIPPED MY FLESH! and HE-MEN, BAG MEN & NYMPHOS.

The artwork in BUD is truly superb. The production quality of the full-color, perfect bound, 8 x 11” print version is top notch. And, the digital version looks equally great. 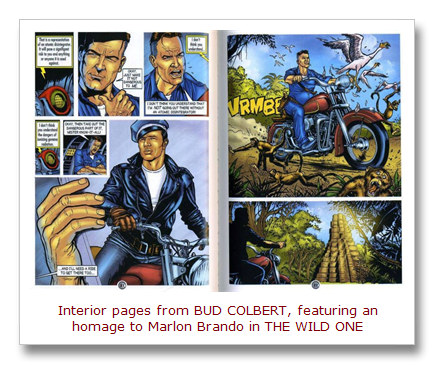 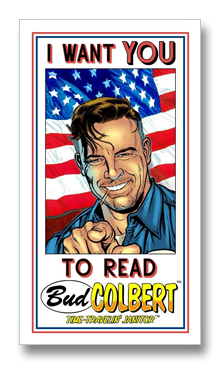 Like me, you may also hope the hot Zapotec babe Bud ends up with gets to tag along in the next issue. If not, she’d make a great traveling companion for Doctor Who.

For the latest news on how to buy a copy of BUD COLBERT in print or digital format, visit the Checkmate Comics Facebook page. And, be sure keep a lookout there for advance word on Troy’s new creations: BIG BUSTY BROADS OF WWII and GORDY THE PARROT. 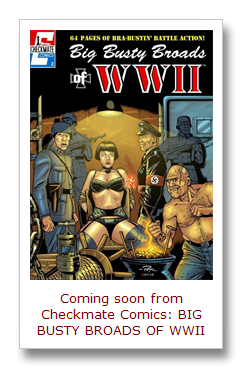 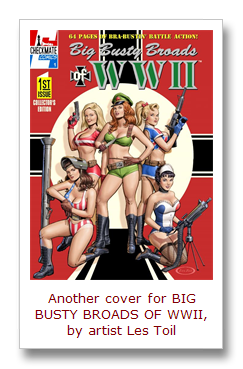 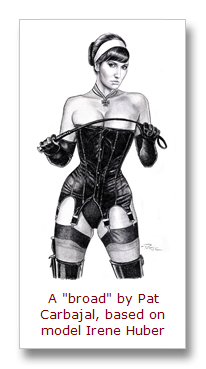 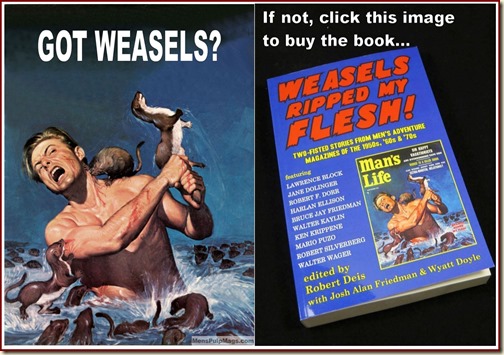